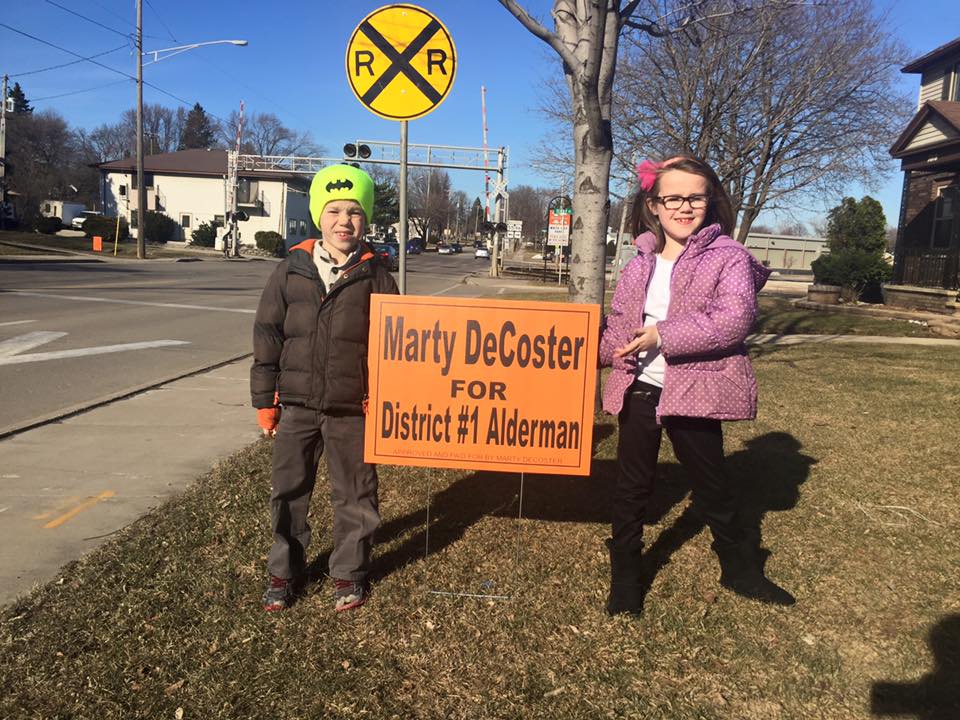 He defeated Jerry Palmer 182-91 for the District 1 seat on Kaukauna’s northwest side, according to Clerk/Treasurer Susan Duda.

DeCoster, who with his wife owns two businesses in town, hopes to promote Kaukauna and attract great businesses, events, jobs and educational opportunities.

He ran for city council after an unsuccessful bid to unseat Mayor Gene Rosin in April of 2016.

DeCoster thanked Palmer in a message to his supporters.

“I would like to thank all of district No. 1 who has voted for me along with everyone else in the area for their continued support,” DeCoster wrote. “I would like to thank Jerry Palmer for the competition and willing to serve his community. I would also like to encourage Mr. Palmer to run again in future elections and continue to stay involved in the community.”

In other election results:

There were a total of eight write-in votes.

The Associated Press declared Tony Evers the winner over Lowell Holtz shortly after the polls closed.