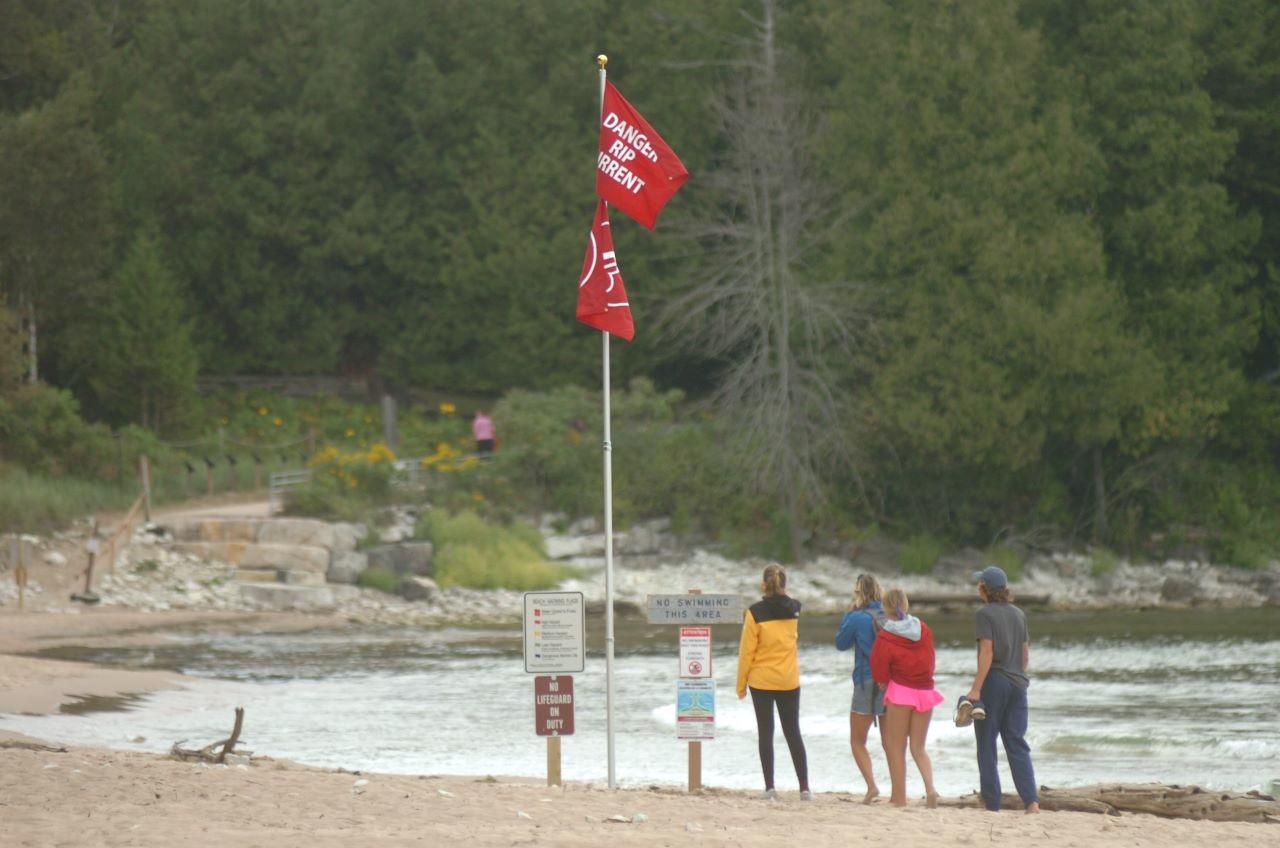 The Friends of Whitefish Dunes State Park group donated the flag and signs to indicate the portion of the beach that has dangerous rip currents, according to a social media post.

Previous warning buoys were destroyed in gale force waves, according to the group.

The new flag and signs have gone up in the wake of an incident last month where a youngster had to be revived after being caught up on a riptide.

According to a social media post from Let’s Go Door County, CPR was performed on the swimmer Aug. 27 after the person was pulled from the water, and they were eventually resuscitated.

“A young persons life was saved, according to the call that went out through Door County Dispatch,” read the post.

Officials urge visitors to wade or swim only in designated areas of the beach.