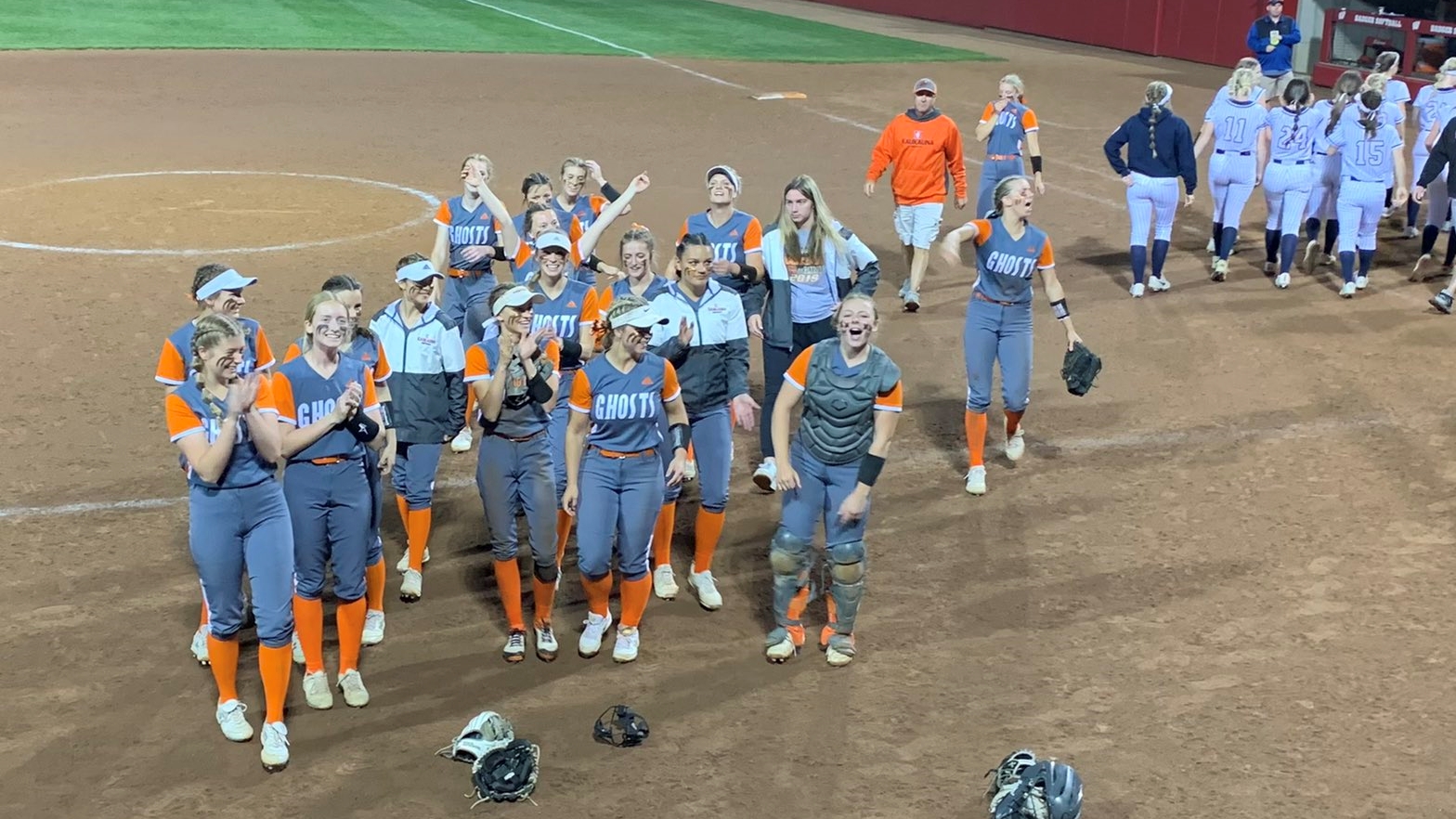 The Kaukauna Ghosts softball team celebrates after a 10-0 win over Superior sends them to the WIAA D1 title game. Photo courtesy @KaukaunaGhosts on Twitter.

KAUKAUNA — If this year’s WIAA Division 1 state softball championship game has a familiar feel, that shouldn’t come as a big surprise.

The No. 1 seed Kaukauna Ghosts, now 30-0 on the season, advanced to the championship game after a 10-0 win Saturday night over Superior.

No. 2 seed Sun Prairie returns to the title game after defeating Oak Creek 4-3. Kaukauna secured its third state title a year ago with a 1-0 win over Sun Prairie.

After a jittery first inning for both teams, in a game that started at 10 p.m. because of rain delays in earlier games, the Ghosts settled down and went to work in the second.

A Lilly Roehrig two-out, two RBI double put the Ghosts up 2-0 at the end of two. It turned out that’s all the scoring they would need.

In the third inning, Kaukauna took advantage of the indecision of Superior’s defense to advance runners and eventually add two more runs.

Kaukauna then shut the door with a big six-run sixth inning.

Roehrig ended up with 4 RBI on the night, and Keanna Jansen contributed two.

This was the second time Superior had faced Kaukauna this season, falling to the Ghosts 4-0 in their earlier matchup.

The championship game is scheduled to begin at 6:30 p.m. at Goodman Diamond on the UW-Madison campus.

The Galloping Ghosts captured the gold trophy in each of its previous state appearances including 2010, 2017 and 2021.

Sign up HERE for emailed results as the Ghosts make their way through the tournament.