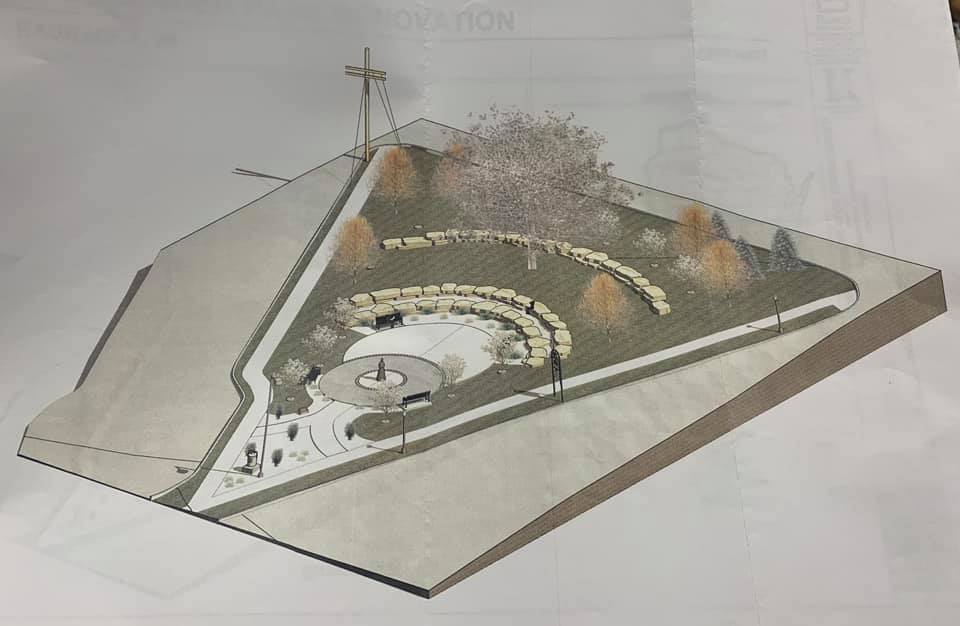 Work began recently on work to revitalize the park to create a space that will allow for an amphitheater and occasional acoustic music performances.

The David and Rita Nelson Family Fund donated $28,000 to Kaukauna High School to help complete the revitalization plan for the park, according to a post on the Kaukauna Community Facebook group by Kaukauna Mayor Tony Penterman.

The goal is to encourage the high school’s Civic Engagement students in their philanthropic learning.

The park will include 12 LED trees as well as real trees and stone amphitheater type seating, according to Penterman.

The Kaukauna Club Cheese Crock will be at the base of the park along with a statue of Electa Quinney.

Plans are underway to have acoustic concerts on occasion at the park.

A dedication is planned for early October.

Penterman says the city is trying to go through all of our city parks to update them.