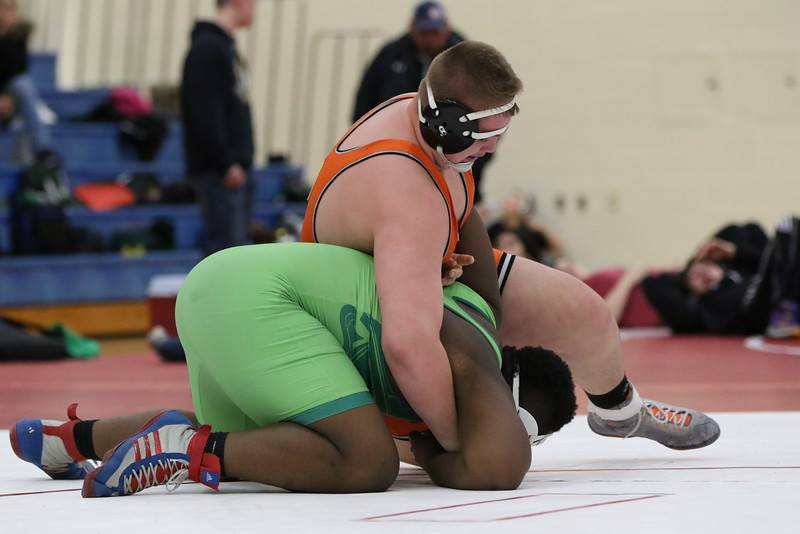 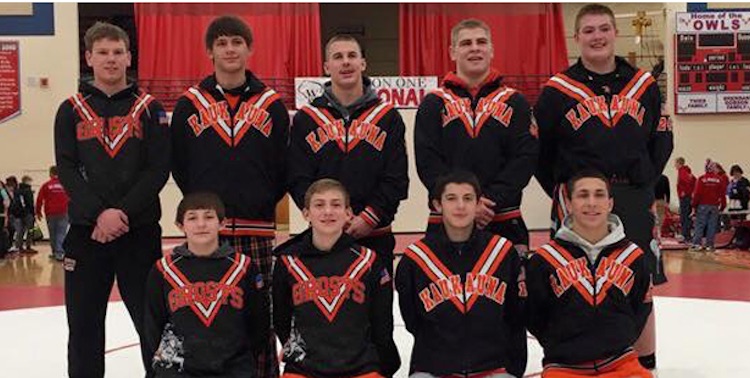 Kaukauna’s nine wresters are the most from one school in Division 1. Hortonville, Oak Creek and Stoughton are next in line with seven.

Ellsworth and Wisconsin Lutheran have the distinction of having qualified the most individuals in Division 2 with nine. Amery, Lomira, Luxemburg-Casco and Two Rivers each have six. In Division 3, Stratford claims the most qualifiers with 11. Spring Valley/Elmwood is next with 10, and Random Lake has eight qualifiers.

There are 26 former champions in the tournament field this year and 19 seeking to defend the title they won last year.
Here are the details from the WIAA news release:

THE TOURNAMENT: The 73rd Annual Wisconsin Interscholastic Athletic Association Individual Wrestling Championship Tournament will be held Thursday-Saturday, Feb. 25-27, at the Kohl Center on the campus of the University of Wisconsin in Madison, Wis.

TICKET INFORMATION: Ticket prices per tournament session are $8. Tickets are available on-line on the WIAA website until two hours prior to any respective session with the printing of the ticket by the purchaser. Tickets are also available at the Kohl Center during the tournament.

THE SCHEDULE: Below is the schedule of competition for the individual tournament. All weight classes will be wrestled in consecutive order through the classes on a “next available mat” basis within the mat assignments.

Third-place and fifth-place matches will run concurrently by weight class within divisions after all consolation matches are completed.

TOTAL TITLES BY SCHOOLS: Mineral Point has produced the most individual championships with 50. Stoughton and Wisconsin Rapids Lincoln are next with 44, and then Milwaukee South with 39. Others with significant totals are Luxemburg-Casco with 35, Athens with 32 and Coleman with 29.

TRACKING THE CHAMPIONS–DIVISION 1: In Division 1, nine former champions, including six of last year’s champions, return to the tournament in pursuit of another crown. Junior Brandon Kline of Stoughton moves up a weight class to 113 after winning the title at 106 last season. He enters the tournament with a 49-3 mark. Senior Tyus White of West Allis Central will compete at 120, looking for a second State title. He won at 106 in 2014 and finished runner-up at 113 last year. He has posted a 37-2 record this season. Senior Justin Folley of Wauwatosa West/East is in pursuit of a second straight title at 126. He has lost only once this season with a 45-1 tally. Senior Nathan Smith of Mukwonago moves up two weight classes to 132 after winning the 120 championship last season. He has accumulated a 28-3 record this season. Two former champions are in the 145-pound weight class. Senior Collin Kraus of Stoughton moves up a class this season after finishing third last season at 138. He won the championship at 126 in 2014. Kraus enters action this week with a 47-2 record. Junior Jaden Winchel of Sparta captured gold at 132 last year in Division 2. He transitions to 145 in Division 1 this season with a 37-3 record. Senior Brock Benitz of Wisconsin Rapids Lincoln won the 152-pound class last season. He moves up a weight to 160 this year. He has posted a 40-3 mark this season entering the State Tournament. Senior Beau Breske of Hartford is a two-time champion looking to win a third title by qualifying at 182. He won the 152 crown in 2013 and the 170 championship in 2014 prior to finishing runner-up at 170 a year ago. He has yet to lose this season with a 47-0 record. Senior Mason Stokke of Menomonie is also undefeated this season with a 27-0 mark at 220. He has his sights on his second championship after winning the gold medal at 195 last season to cap an undefeated campaign at 44-0.

HISTORY OF CHAMPIONS: For a complete list of all-time individual wrestling champions, access the WIAA website and navigate to the State Results Archive page from the wrestling homepage.

RESULTS: Access results through the WIAA website by navigating to the wrestling homepage and selecting the Tournament Information option in the right column or by accessing the TrackWrestling.com website.