Where are they now? Kaukauna’s Leah Vanevenhoven could very well be California’s strongest woman

Where are they now? Kaukauna’s Leah Vanevenhoven could very well be California’s strongest woman 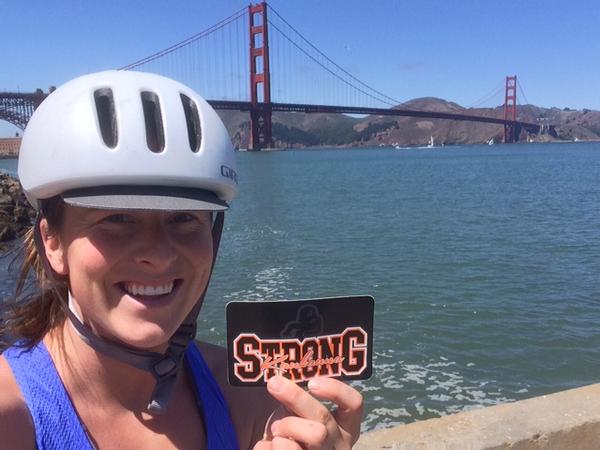 SAN FRANCISCO — During Leah Vanevenhoven’s senior year at Kaukauna High School, she was making the softball diamond a miserable place to play for opposing teams. That was back in 2005.

Today, as a first-grade teacher in San Francisco, she hopes to make her mark by competing in her first California’s Strongest Woman competition, according to a post on the competition’s website.

Vanevenhoven always has been a competitor. Her grit and hard work in high school earned her state Gatorade Player of the Year honors and a spot on the University of Wisconsin softball team.

As a Badger junior, Vanevenhoven only registered at-bats in 19 out of a possible 55 games as her team trudged through a 15-40 season, according to a story at the time in the Badger Herald.

But she bounced back with renewed determination her senior season.

Among the highlights was a 2-0 non conference win over Northern Illinois, where Vanevenhoven pitched a complete-game shutout striking out seven in the win.

“I want people to remember that I’m a hard-worker and whatever my team wants me to play that day, I’ll do it to the best of my ability,” Vanevenhoven told the Badger Herald.

From Madison, she went on to Johns Hopkins for graduate school and now lives in San Francisco.

“No I’m not a doctor, just a first grade public school teacher,” she writes in an online bio about going to grad school at Johns Hopkins.

But if teaching first grade kids isn’t tiring enough, Vanevenhoven recently stepped in to Crossfit, a high intensity strength and conditioning program, and according to an online bio at StartingStrongman.com, she plans to enter the California’s Strongest Woman competition March 26, 2016 in Santa Cruz, California.

Vanevenhoven says she’s been training at San Francisco Crossfit about a year and a half before signing up for California’s strongest woman.

Here’s more from her bio: http://startingstrongman.com/2016/02/05/leah-vanevenhoven-csw/

The athletic ability it takes to perform the movements.

I’ll answer this question after the event.

Let’s see how training goes and then I’ll decide.

Do you have any women in strength athletic that you look up to?

I went to Wisconsin for undergrad and Johns Hopkins for graduate school. No I’m not a doctor, just a first grade public school teacher.

What are your athletic achievements?:

I was Gatorade Player of the Year in Wisconsin for softball when I was a senior in high school.