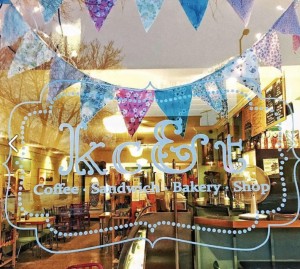 In case you missed them: The editors have picked these five from the most-read stories this week:

1) The biggest story of the week sparked a passionate debate. And it should, because it’s about food. What are the 10 best restaurants in Kaukauna? TripAdvisor.com ranks them based on user comments. Read the comments to see if you agree. STORY

2) Where is it? Readers apparently love a quiz game. On Saturday Dan Plutchak was out and stopped for a peanut square. Where was he? PHOTO. On Wednesday, we posted a photo of a facade in town. Where is it? VIDEO.

3) Kaukauna, ranked No. 1 in the state in Division 2, falls to Division 1 Kimberly, 85-74, Tuesday. The Post-Crescent livestreamed the game. You can watch the game again HERE. Also, Kaukauna wrestling his heading back to state. STORY.

4) Hundreds from the Fox River Valley traveled to Madison Thursday for a “Day Without Latinos” to protest what the see as two anti-immigrant bills. STORY.

5) Where are they now? Jessica Bower, a 2007 KHS grad had been working for defense contractor Lockeed Martin in California until recently, when she returned to the Valley to join the research and development division of Sonex, an aircraft maker in Oshkosh. (If you have a suggestion for a where are they now, message us or post in the comments below.) STORY. Bonus: Halle VanHandel received a scholarship from the Wisconsin State Counselor Association. PHOTO

One more: The library began it’s move Monday. Here’s what it looks like inside: PHOTOS

The 10 best restaurants in Kaukauna, according to TripAdvisor.com