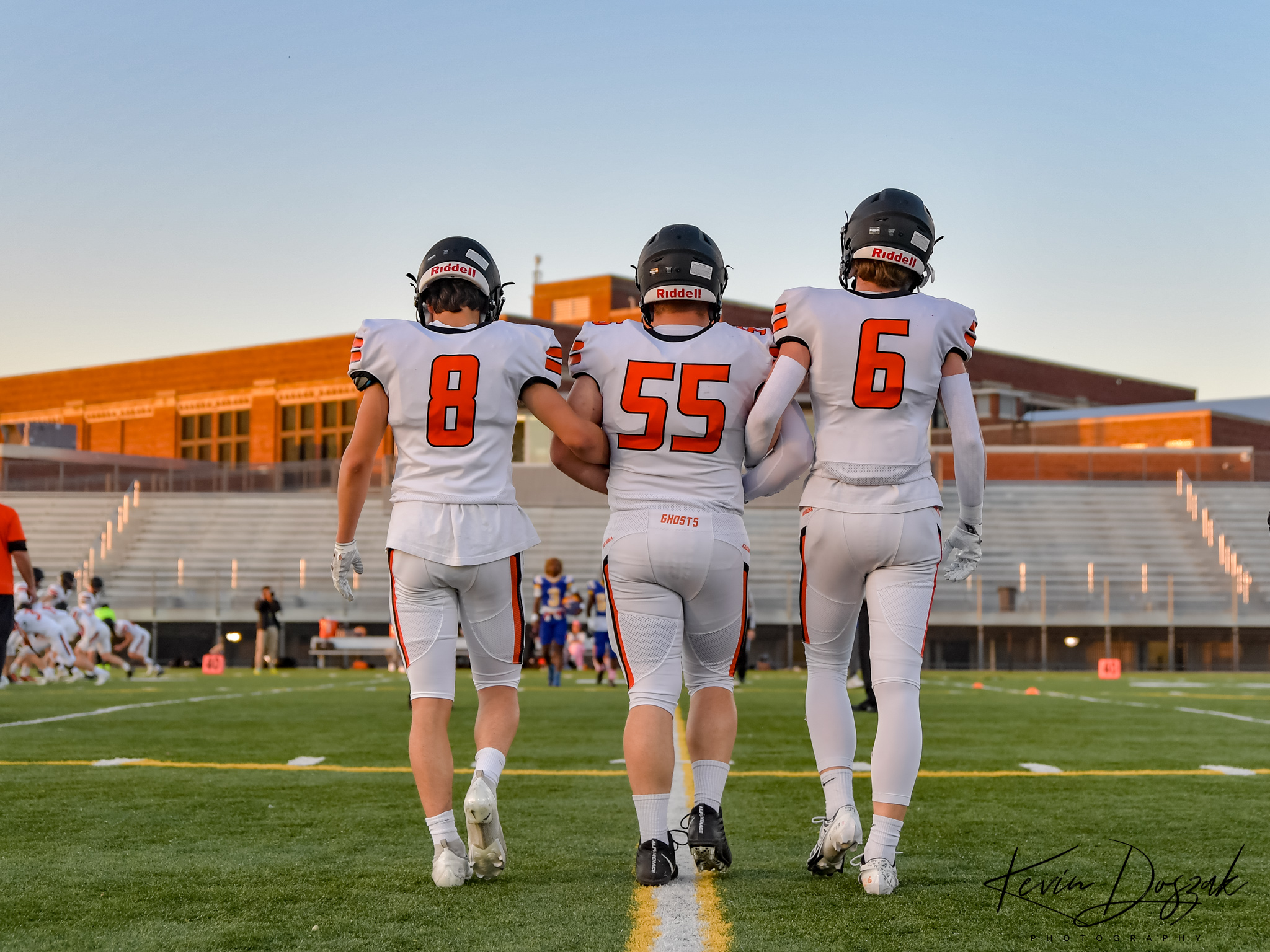 KAUKAUNA — The Kaukauna Galloping Ghosts are just one win away from a spot in the WIAA Division 2 state championship game, with West De Pere standing in the way Friday night.

Sign up for the Kaukauna Community News newsletter HERE, and we’ll email you the final score when the game ends.

Listen to the radio broadcast over the air on streaming at 1570 AM The Score.

The #6 Ghost and #3 West De Pere will play on a neutral site at Ashwaubenon High School, with a game time of 7 p.m. Game time weather is expected to be cloudy with temperatures in the mid-30s, but unlike last week, there will be no rain.

A win in the Level 4 game would put the Ghosts in the Division 2 WIAA State Championship game at 1 p.m. Friday, Nov. 18, 2022 at Camp Randall Stadium in Madison.

In the first three weeks of playoffs, Kaukauna has played on the road, knocking off the 2, 3 and 5 seeds on its side of the bracket.

West De Pere, who finished second in the FRCC-North conference at 6-1 with an 11-1 overall record, defeated #1 River Falls 38-6 last Friday.

West De Pere is a familiar opponent for the Ghosts, who will be looking for payback after a heartbreaking week 2, 43-42 overtime loss in Kaukauna on Aug. 26.

The Ghosts opened the playoffs with a 35-19 win at Milwaukee King.

The last Friday, Kaukauna slogged to a 41-13 win in a rain soaked game at Homestead High School.

On the other side of the bracket, two 1-seeds — Kettle Moraine and Brookfield Central — will battle for their birth in the state title game.