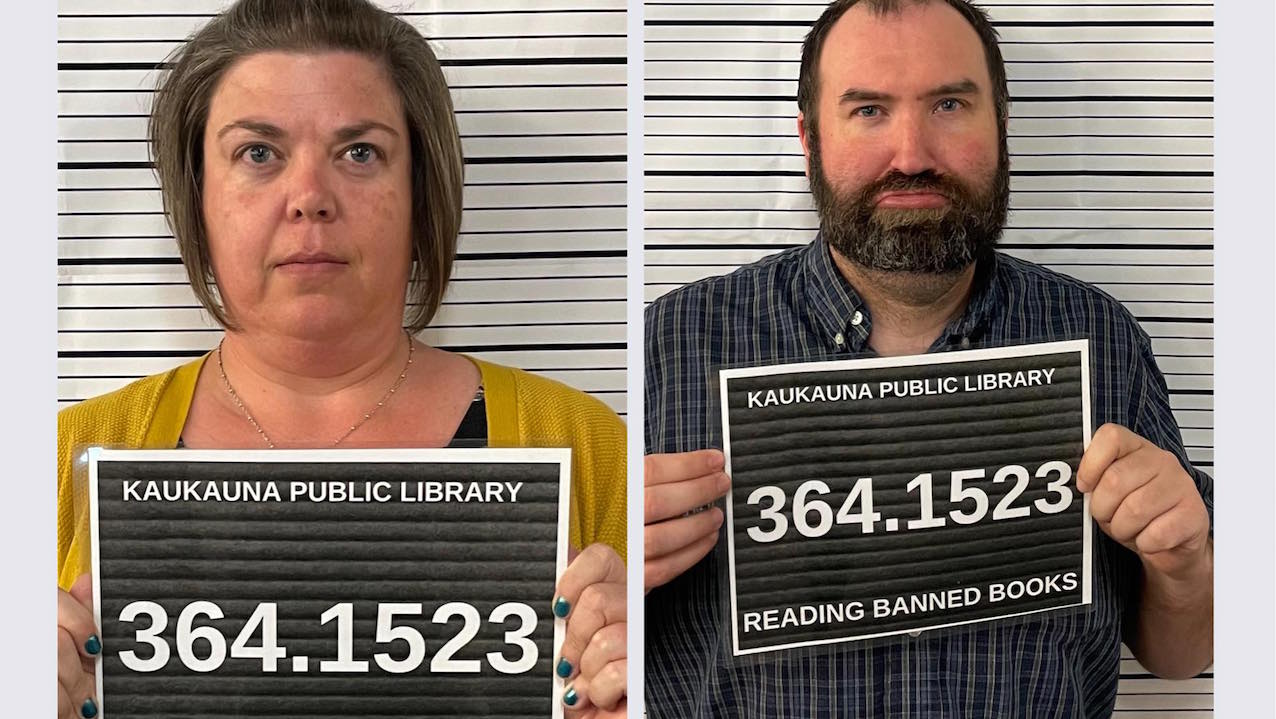 Kaukauna Public Library patrons can get their photo taken mug shot style if they've been accused of reading banned books.

KAUKAUNA — The Kaukauna Public Library is celebrating Banned Book Week all month in September, and they’ve come up with a clever way to spread awareness about the rise in efforts to restrict access to books.

Patrons can get their photo taken mug shot style if they’ve been accused of reading banned books.

The library also has a display of frequently challenged titles where they support the freedom to read.

Banned Books Week was launched in 1982 in response to a sudden surge in the number of challenges to books in schools, bookstores and libraries, according to BannedBooksWeek.org.

Banned Books Week brings together the entire book community — librarians, booksellers, publishers, journalists, teachers, and readers of all types — in shared support of the freedom to seek and to express ideas, even those some consider unorthodox or unpopular.

Eight months into 2022, the number of attempts to ban or restrict library resources in schools, universities and public libraries, is on track to exceed record counts from 2021, according to preliminary data released today by the American Library Association.

Most targeted books were for a teen audience and were by or about Black or LGBTQIA+ persons.

The ALA Office for Intellectual Freedom tracked 729 challenges to library, school, and university materials and services in 2021. Of the 1597 books that were targeted, here are the most challenged, along with the reasons cited for censoring the books: