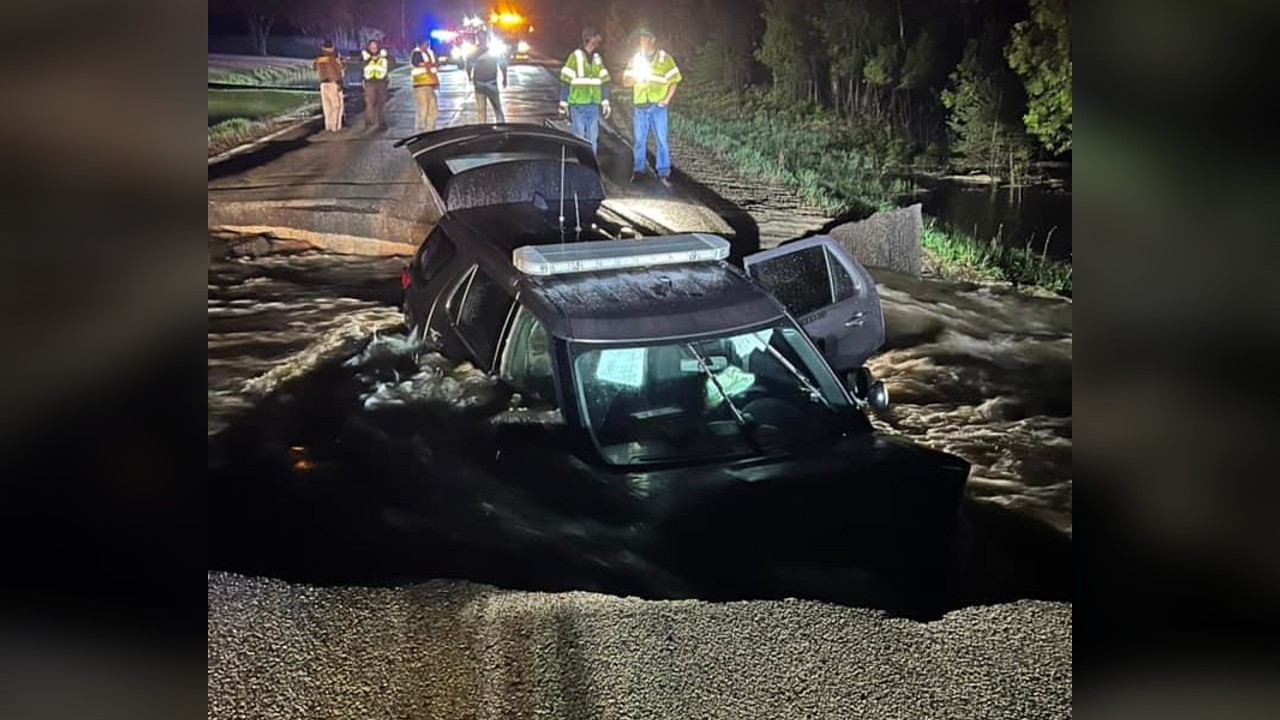 OCONTO COUNTY — An Octonto County deputy and his K-9 escaped injury after their squad crashed into a large gully in the roadway after a washed out culvert gave way.

While the Sgt. Chad Angus was traveling west on County Highway A east of Buseman Road in the town of Maple Valley on Thursday, the floodwaters had already undermined a four foot section of culvert pipe.

Maple Grove Township is about 18 miles northwest of Green Bay.

As the squad drove over the culvert area, the pavement gave way causing the squad to crash into the water and side of the washout, according to the sheriff’s office.

Airbags were deployed and Angus was able to quickly exit his squad to safety with his K-9 in tow.

“We thank God there were no injuries or loss of life,” said Sheriff Todd Skarban said in a social media post. “Mother Nature is not to be trifled with.”