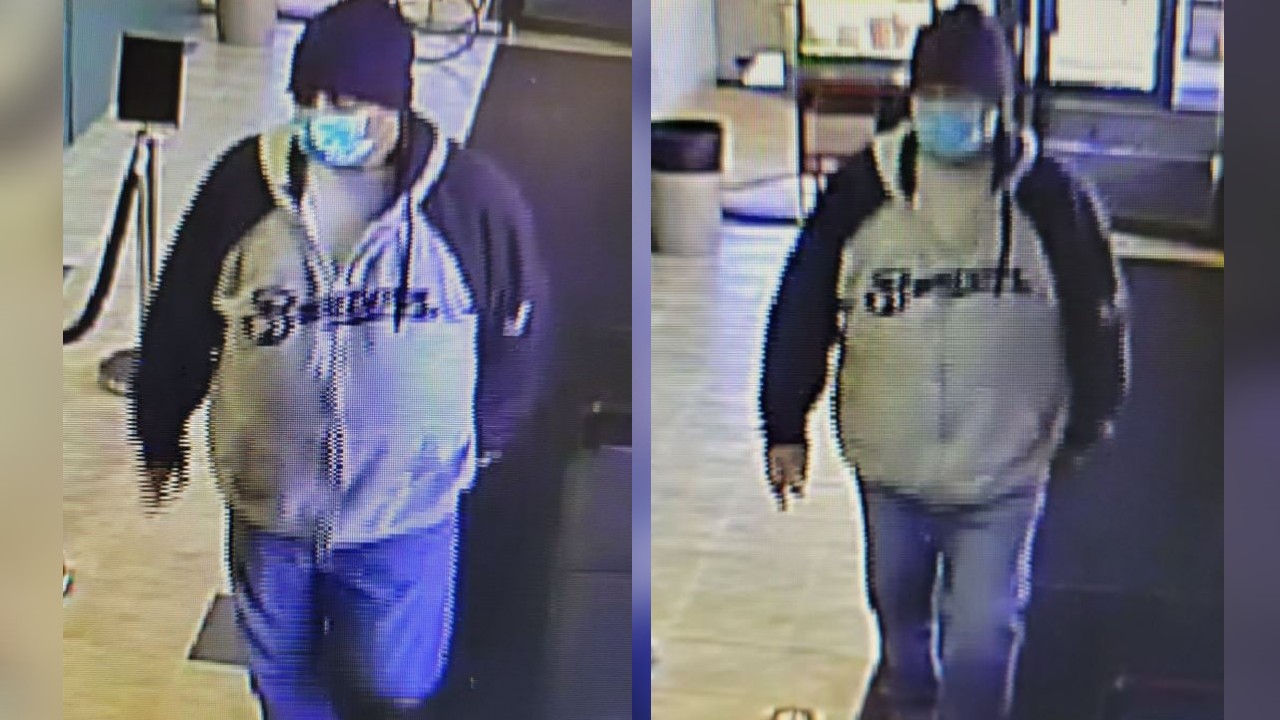 GREEN BAY — The Green Bay Police Department is asking for the public’s assistance in identifying a suspect from Wednesday’s credit union robbery.

He was wearing an athletic-type sweatshirt with blue sleeves and a white or gray chest. He also had a surgical mask covering his mouth and a dark winter hat pulled down low.

Surveillance photos of the suspect were released Thursday by police.

The robbery happened about 10 a.m. Wednesday at the Capital Credit Union on Main Street.

Patrol officers secured the scene and established a perimeter around the business. No injuries were reported inside.

An undisclosed amount of money was taken in the robbery.

Those with information related to this case are encouraged to call Green Bay Police, 920-448-3208.

You may also submit a tip online at www.432stop.com, or utilize the “P3 Tips” app for crime tips.