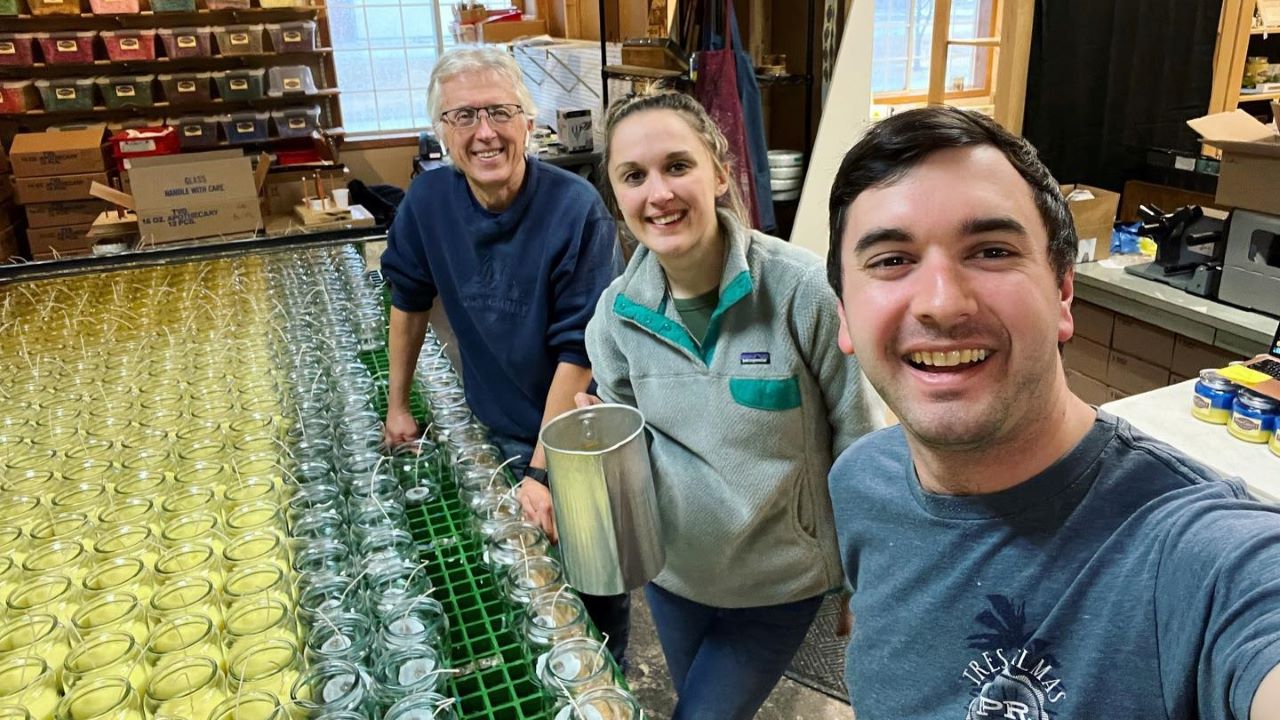 STURGEON BAY — A Sturgeon Bay candle company’s effort to support the people of Ukraine has gained national attention and the company now has donated $275,000 to relief efforts.

The Door County Candle Company launched a fundraiser following the first week of the war to help the people of Ukraine and have been overwhelmed by the response.

The Door County Shore Report was one of the first to report that owner Christiana (Gorchynsky) Trapani launched the fundraiser because, “she is 100 percent Ukrainian and is so incredibly proud of my heritage.”

Since then, her story has been shared on ABC World News tonight, on Public Television and other outlets.

“Together, we’ve made a big difference helping those in Ukraine. One candle at a time, we’ve been able to donate over a quarter of a million dollars to Ukraine, and that will only continue,” Trapani said.

Her Sturgeon Bay area business is donating 100 percent of its profits to help those in Ukraine following the invasion by Russia.

After deducting the cost of shipping, materials and paying staff to make the candles, 100% of profits from this Ukraine Candle will be donated to Razom for Ukraine, a Ukrainian 501 (c)(3) organization.