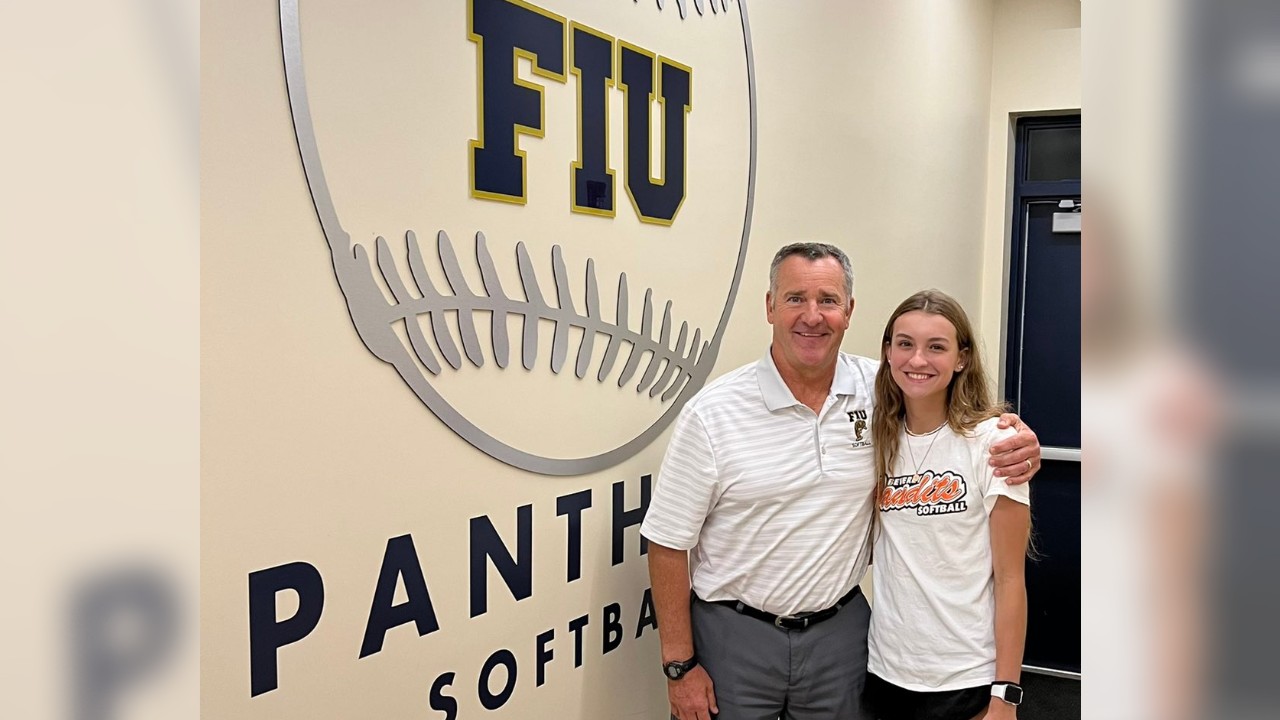 She announced her verbal commitment to the Division 1 school Monday.

“None of this would have been possible without the many coaches who have guided me throughout the years, the teammates who have become lifelong friends, and my family who has been my biggest support system,” Meredith said in an email. “I’d like to give one last shout out to my Dad, who continues to push me harder than anyone, but has had my back through it all.”

“Kally represents one of those very rare athletes that has been blessed athletically while also developing and perfecting attributes that make her a leader and someone that will always make those around her better athletes and more importantly better people,” said her head coach, Tim Roehrig, on her online scouting proflie.

Meredith said her senior teammates told her that once she visited the right school she would know.

“And sure enough, during my time at FIU I knew that this was where I wanted to spend my collegiate career,” Meredith said.

Meredith has a 3.97 GPA and plans to study biology at FIU and hopes to become a physician’s assistant. She currently plays on the Beverly Bandits 18-U club team.

Kimberly football returns to state, Kaukauna and Freedom seasons come to an end