Kaukauna caps off homecoming week with win over Neenah 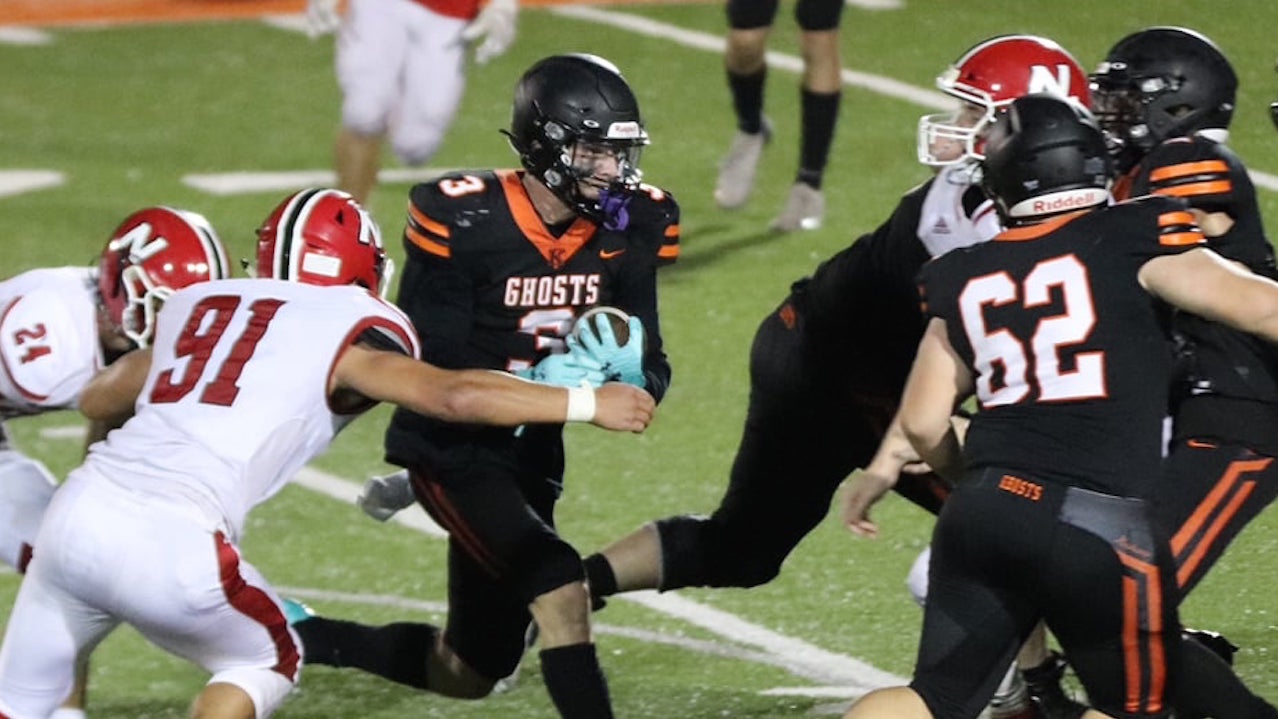 Kaukauna's Carson Sippel goes in for a score during the Ghosts' 45-19 homecoming win over Neenah. Brian Ulrey photo

KAUKAUNA — With a playoff-qualifying win on the line, the Kaukauna Ghosts found multiple ways to score in a 45-19 Fox Valley Association Conference victory over the Neenah Rockets on homecoming night.

The Rockets looked like they were off and running early, scoring on a 66 yard run just two minutes into the first quarter, while Kaukauna fumbled on its possession.

But Kaukauna wasn’t about to stay down for long.

On the Rockets’ next play however, the ball came loose on the snap and the Ghosts recovered in the end zone to quickly tie the game at 7.

Kaukauna then successfully recovered a surprise onside kick and the Ghosts were driving once again, but a fourth-down stop by Neenah ended the threat.

After Neenah punted on its first possession of the second quarter, Kaukauna came out aggressively, scoring quickly on three plays. A long run by Hunter Natrop followed by another chunk run by Jakob Brockman moved the ball to the Neenah 12. Natrop then scored, putting the Ghosts on top 14-7.

On Neenah’s next possession, the Ghosts blocked a punt to put them on the Rockets’ two. Two plays later Noah Hofmann’s one-yard touchdown run put Kaukauna up 21-7 with 8:44 left in the period.

Neenah scored late in the quarter, but missed the PAT, to go into halftime with a 21-13 Kaukauna lead.

Kaukauna received the ball to begin the second half, and a big return by Hofmann set up the Ghosts at the Neenah nine. A 22-yard field goal by Kyle Seefeldt put Kaukauna up 24-13.

On Kaukauna’s next possession, a 47-yard Garrett Weyenberg screen pass to Carson Sippel put the Ghosts up 31-13.

In their third possession of the quarter, Kaukauna scored again on a Hofmann one-yard run to put the Ghosts up 38-13 with 1:13 left in the third.

A Neenah fumble to start the fourth put the ball back in Kaukauna’s hands. A 2-yard run by Natrop to cap off a 70-yard drive put the Ghosts up 45-13 and the rout was on.

Kaukauna finishes the season with an away game at Appleton East, then a big showdown at home against Kimberly.

Sign up here for Kaukauna football scores and highlights to your email inbox: