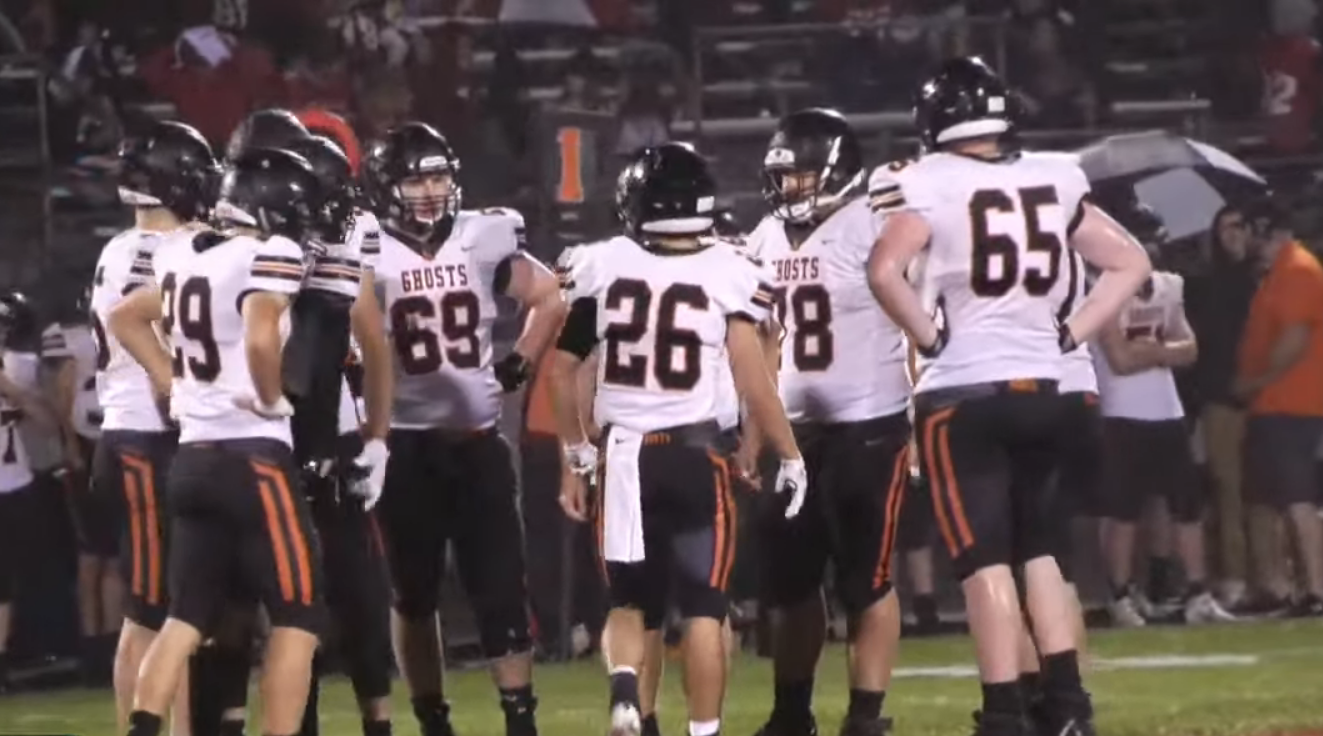 FOND DU LAC — Facing a conference opponent on their homecoming is never an easy contest.

Fond du Lac’s high-risk, high-reward offense continued in the second when a double reverse pass to a wide-open fullback put the Cardinals back into Ghost territory.

But Kaukauna’s defense stiffened to force a field goal to go into the half down only 10-0.

Fondy went back to its bag of tricks in the opening drive of the second half to score on a 59-yard double reverse pass, pushing the lead to 17-0.

Kaukauna finally got on the board on their first possession of the second half as heavy rain began to fall.

A 29-yard pass to senior Carson Sipple closed the Ghosts’ deficit to 17-7.

However penalties hurt Kaukauna, allowing Fond du Lac to quickly move downfield to eventually scoring on a 29-yard touchdown run. That put Fondy back up 24-7.

On its next drive, Kaukauna failed to convert on a fourth and 2, ending hopes for a comeback win.

The Ghosts return home next week on Friday, Oct. 1 for a 7 p.m. kickoff against Neenah.