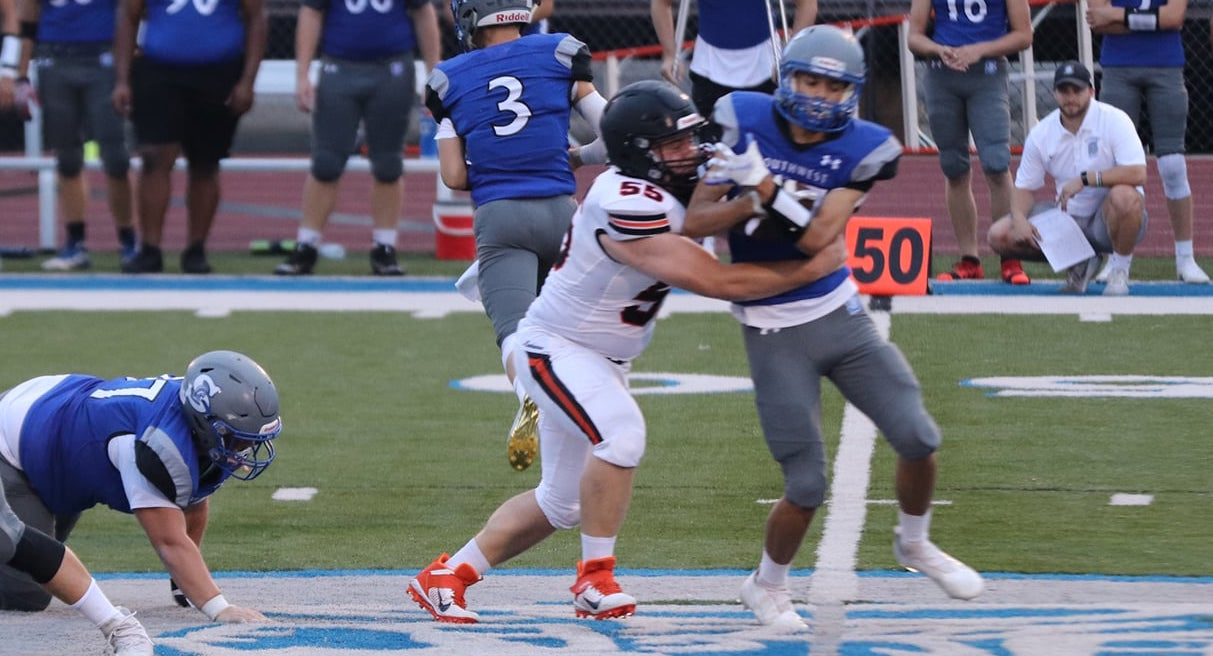 GREEN BAY — It took a little less than a half of football for the Kaukauna Ghosts to notch its second win of the season.

Leading 28-6 over Green Bay Southwest with just over a minute left in the first half, play was suspended due to a severe thunderstorm warning.

After an hour-long delay, the game was called, giving Kaukauna the 28-6 win.

The Ghosts scored on all of its drives in the first quarter, with the third score coming just seconds before the end of the quarter giving Kaukauna a comfortable 21-0 lead heading into the second.

Green Bay’s defense stiffened in the second, and after a score late in the quarter trailed the Ghosts 21-7.

The Trojan score appeared to give the Ghosts a spark, however, and Kaukauna scored shortly before the end of the quarter and led 28-6.

But that would be all the scoring for a while. Play was suspended with 1:05 in the half because of a severe thunderstorm warning in the area.

Kaukauna opens its conference schedule this Friday, Sept. 3 when it travels to Appleton North for a 7 p.m. kickoff.

WHBY The Score will live stream the game.