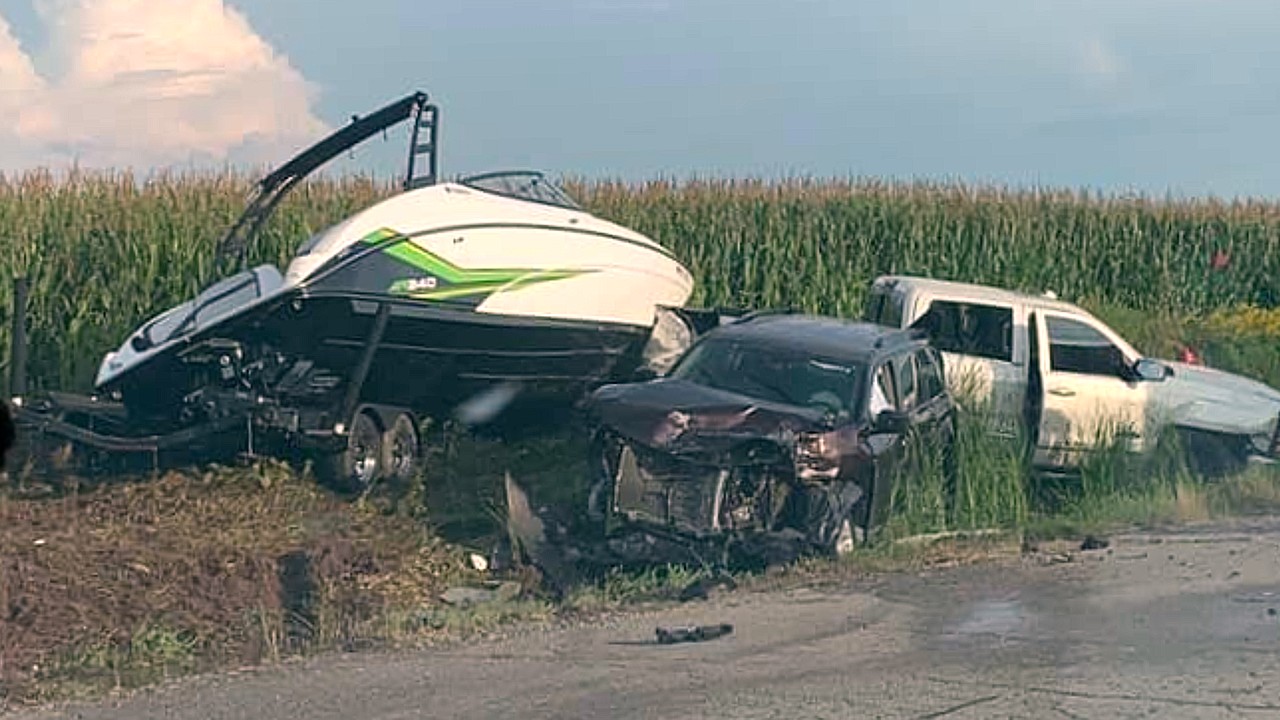 Only minor injuries were reported following this crash Saturday in the town of Buchanan. Photo courtesy Outagamie County Sheriff

TOWN OF BUCHANAN — Everyone involved in a crash Saturday evening between two vehicles, one of which was towing a boat, are in stable condition and only suffered minor injuries, according to the Outagamie County Sheriff’s Office.

Deputies were dispatched to County Highway ZZ and Haas Road on the outskirts of Kaukauna Saturday for a report of a two vehicle crash.

According to a sheriff’s office Facebook post, the crash was the result of a driver failing to yield right of way at a stop sign, causing the collision. The post did not indicate which vehicle was at fault.