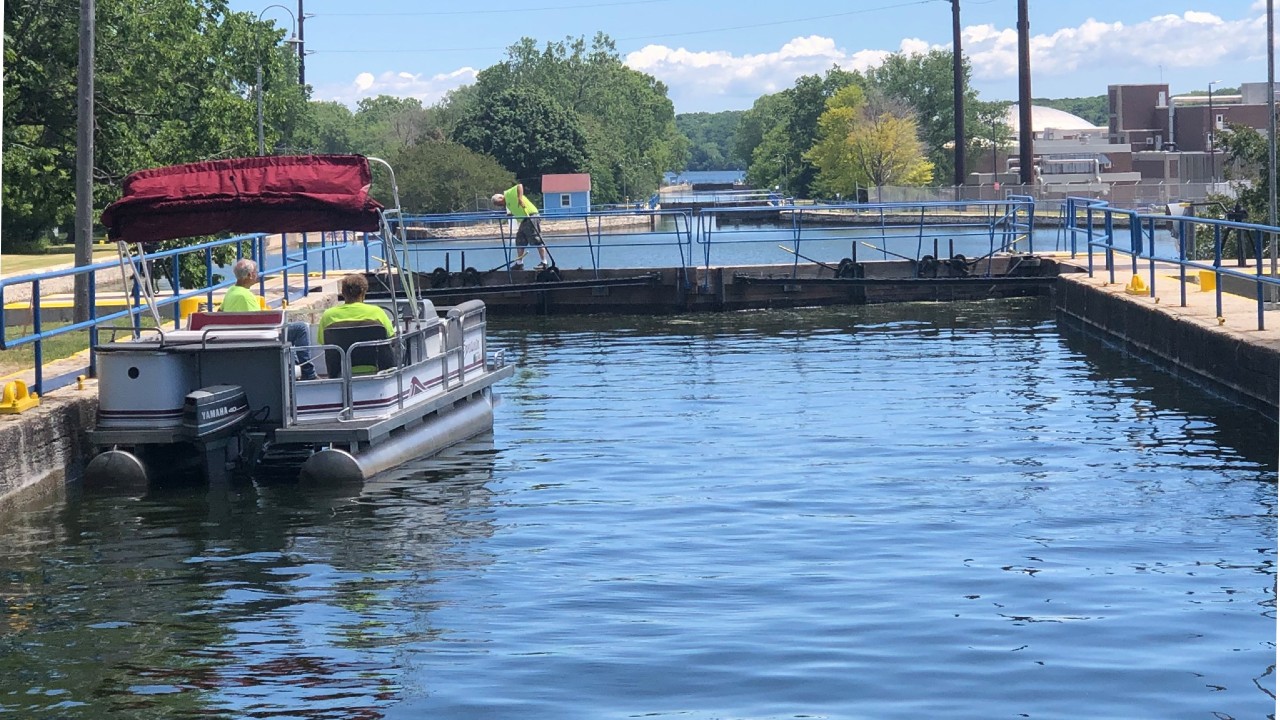 A boat makes it way through the locks in Kaukauna. Photo courtesy Fox Locks on Facebook.

KAUKAUNA — It’s been a long wait for boaters to make their way through the lock system in Kaukauna and under the Veterans Memorial Bridge, but with major repairs complete, the system reopens today.

There will be a ceremony from 3 p.m. to 5 p.m. today (Tuesday, July 13) that is open to the public to mark the occasion. The ceremony will be held at the first lock.

The reopening of the five Kaukauna locks is made possible by the repair of the Veterans Memorial Bridge, which has recently undergone final repairs and inspection.

The Kaukauna locks will allow boaters to access an additional five miles of river that have been closed for more than 30 years.

“This project is yet another progressive move for our City and for the long-term betterment of our community,” Mayor Tony Penterman told WBAY-TV. “Opening these five locks to boater traffic will give Kaukauna an economic boost and connection to the Fox Cities. Boaters will now be able to take in all the beautiful views the Fox River has to offer throughout Kaukauna.”