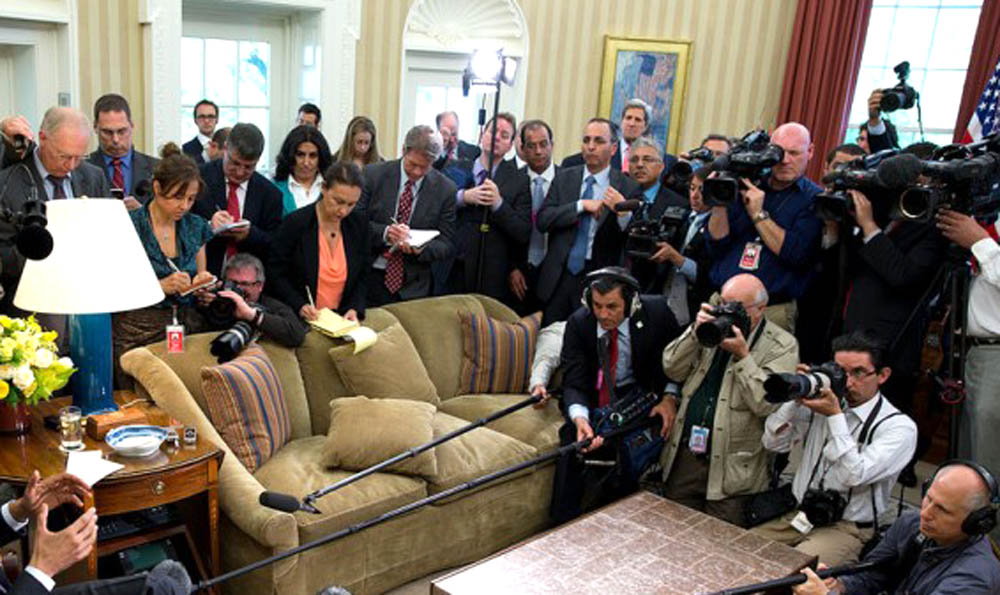 Two days before the new president’s inauguration, the Society of Professional Journalists and dozens of other media and government transparency groups sent a letter asking Donald Trump for a meeting to discuss his administration’s relationship with the press.

Among other things, the groups wanted Trump to affirm his commitment to the First Amendment, assure media access to his presidential activities and allow expert government employees to talk to the media rather than muzzle them in favor of public relations officials.

Trump has yet to respond.

However, the new administration issued orders to employees of the Environmental Protection Agency and the Department of Agriculture not to convey information to the media or public. Officials also imposed a news blackout at the Department of Transportation.

Meanwhile, Trump continues to claim, with no evidence, that up to five million illegal voters participated in the election; his White House spokeswoman, Kellyanne Conway, used the term “alternative facts” to explain false claims that Trump’s inauguration audience was the largest ever; and chief strategist Steve Bannon called the news media an “opposition party” that should “keep its mouth shut”-views that Trump himself later endorsed.

All this happened within Trump’s first four weeks in office.

Where does that leave us, as members of the press and guardians of your right to know what government is doing?

First, we must report on official efforts to withhold information from the public-which is, after all, footing the bill for government. On day one, the new administration scrubbed references to climate change from the EPA website (echoing similar actions by Wisconsin’s Department of Natural Resources and Public Service Commission). Expect more of the same.

Second, we must continue to be vigilant in the face of Trump’s tendency, first as a candidate and now as president, to engage in bombast and exaggeration. It is our duty to expose unprovable, and outright false, claims.

Third, we must guard against politicians’ unwillingness to subject their actions to media scrutiny. It is our job to disclose what the administration is doing, even in the face of efforts to bypass the traditional White House press corps.

As law professors RonNell Andersen Jones and Sonja R. West recently wrote in The New York Times, while the First Amendment prohibits government censorship and offers protection against lawsuits, journalists have few Constitutional rights to government documents and sources, or from being maligned by people in power. Trump, they noted, appears set on blowing up the “mutually dependent” relationships the White House press corps has had with presidential administrations from both parties.

“This is why we should be alarmed when Mr. Trump, defying tradition, vilifies media institutions, attacks reporters by name and refuses to take questions from those whose coverage he dislikes,” they wrote.

It’s not just about the media. It’s about your right to know. To quote Jones and West, “Like so much of our democracy, the freedom of the press is only as strong as we, the public, demand it to be.”

Mark Pitsch is an assistant city editor at the Wisconsin State Journal and president of the Madison chapter of the Society of Professional Journalists. Your Right to Know is a monthly column distributed by the Wisconsin Freedom of Information Council.