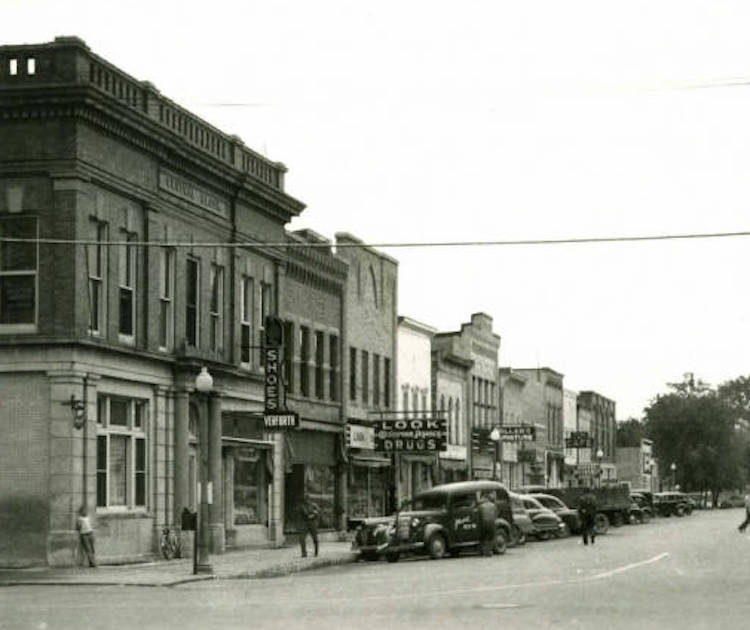 Editor’s note: Lyle Hansen was one of the last publishers of the former Kaukauna Times when it was sold in 1999 after a 122 year run. It’s successor is today’s Times-Villager.

Most recently Hansen has been combing through the archives of the Times each week and publishes a blog and newsletter, “Kaukauna Time Machine.”

Beginning this week, Hansen’s blog also will be published on Kaukauna Community News. You can read past blog posts HERE.

This week’s blog goes back to 1911, when a now familiar name took over ownership of the Kaukauna Drug Company. It was none other than Otto A. Look, who had been the general manager and pharmacist of the south side store. At the time Look planned to keep the name unchanged, but over the years became well known as Look Drug Store.

Here are the highlights from the Kaukauna Times, March of 1911:

James Black had the misfortune to lose a valuable draft horse Monday which died very suddenly from some kind of disease-like paralysis. Mr. Black had refused an offer some time ago of $700 for the team, and this was the finest one of the pair. It died in less than an hour from the time it began to show symptoms of sickness.

The stock and going business of the Kaukauna Drug Co. has been taken over by Otto A. Look from F. M. Charlesworth. Mr. Look had been the general manager and pharmacist of the Southside store. He will operate both the north and south side operations. The store name will not change.

The life of little Arnold Doering of 6th street was saved by Mr. Steffen, who pulled him to safety after he ran into the path of horses pulling a wagon in front of Helf’s store at the corner of Hendricks avenue and seventh street. Young Doering had been knocked to the ground by the horse and the wagon wheels were about to pass over him.

The Kaukauna Girls’ Basketball team of the High School came home from Brillion victorious, having captured a game from the girls’ team there by the exceedingly close margin of 4 to 2.

Charles Freier has purchased the grocery stock of Charles Ristau, and they are busy with an inventory preparatory to his taking possession next week. Miss Lillian Ristau will remain forth present as clerk until Mr. Freier becomes acquainted with the trade.

Albert Paschen will soon take possession of the Eslien Building on Second Street, adjoining   the   Paschen Restaurant, and use the same for an ice cream and soda water parlor.

The big mass of solid ice in Lake Winnebago is breaking up several weeks earlier than usual and much damage to summer cottages will result if a strong wind prevails as the ice would be piled high along the shore. 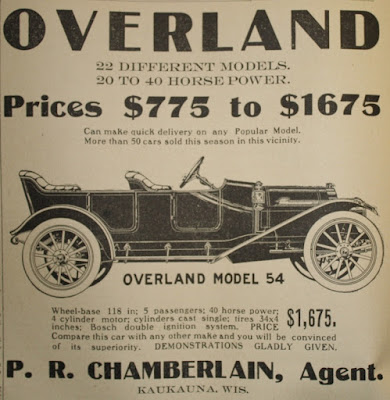 Ted De Groot, of Little Chute, expects the delivery of his Overland automobile this week.

While Fay and Earle Lambie were driving home on Lawe St., Tuesday afternoon, their horse became unmanageable. They were near the interurban right of way and the horse became frightened by a car. The rig was upset and the boys were thrown out. Quite a little damage was caused by the accident.

The government has issued orders to open the river for navigation on April 3. This is the earliest date for some time. Boat owners along the river have been in readiness for some several days. 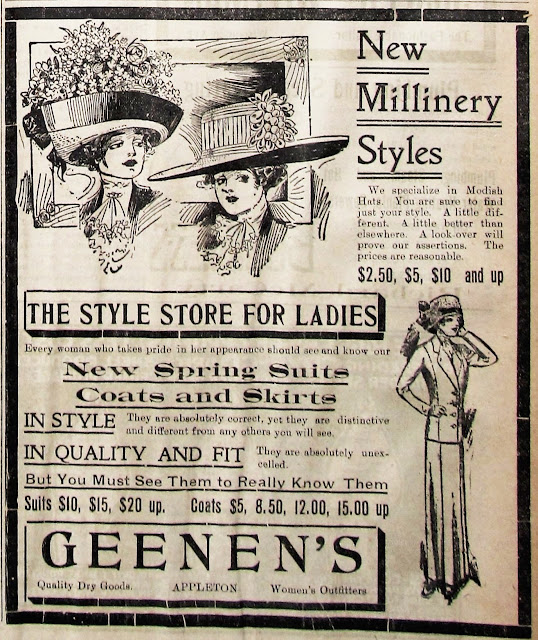