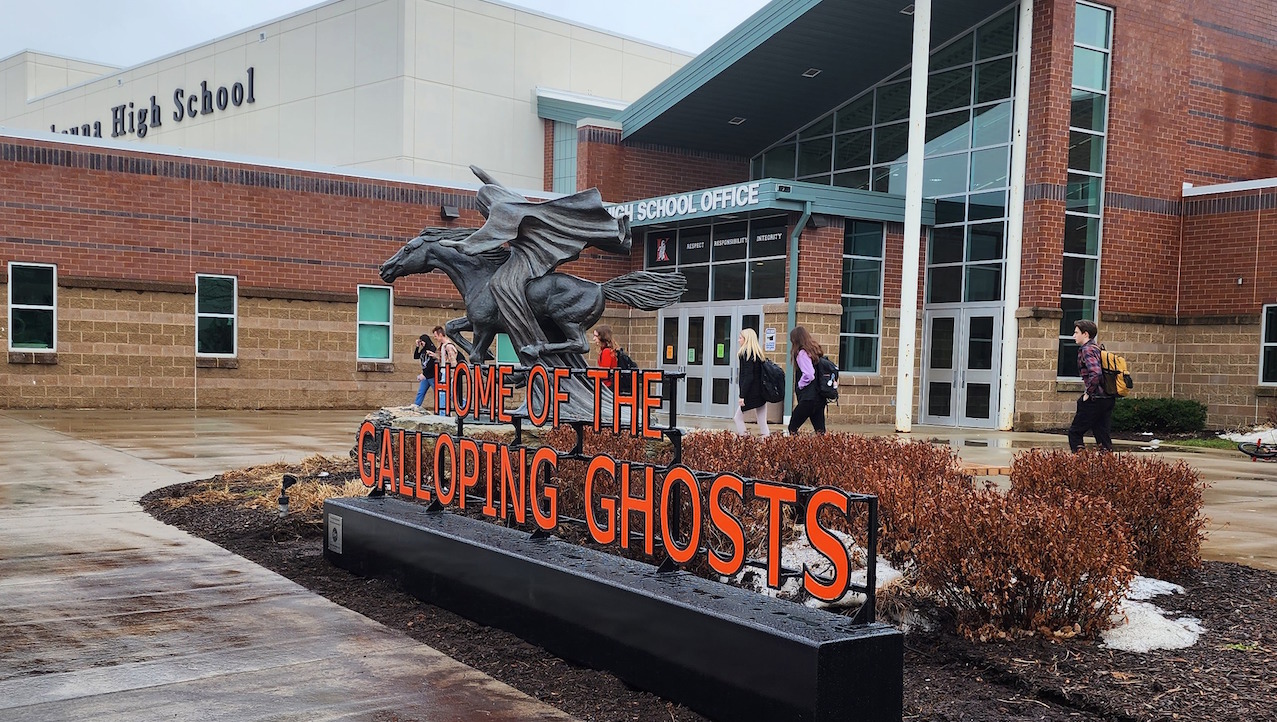 KAUKAUNA — Following a school board directive last year, a new sign has been installed in front of the Galloping Ghost statue at Kaukauna High School.

The sign was built by employees from Team Industries who are KHS graduates with materials donated by the company after cost estimates came back above budget.

The the alumni association paid for its installation.

The board voted to install the sign as a way to help explain the history of the statue after a group of students expressed concern that it looks like a hooded Ku Klux Klansman and gives the wrong impression to visitors about the values of the district.

The students never asked the school board to drop the mascot, but to move the statue from the front of the school.

In response to the students’ concerns, the district in March proposed three options:

The district agreed to move forward on the option to add signage.

The statue represents the school mascot and there are two possible origins, but most likely the name comes from football star Red Grange of the early 1900s who was known as the Galloping Ghost, according to a history from the Kaukauna Public Library.

But its similarity in appearance to a hooded Klansman has always followed the mascot.

When the tradition first began in the 1940s, the phantom rider that presented the game ball at the beginning of football games was dressed in all white, but in recent years was changed to its current black cape and hood.

The students made their request to the board in January 2022 and said they understood that the intent of the statue was to promote and honor the pride of being a Kaukauna High School Galloping Ghost and that there was no intentional symbolism alluding to a Ku Klux Klansman.

However, they also noted that instead, the statue creates confusion for visitors and leaves them wondering about the values of the high school and the community boasting a statue, even though unintended, of a racist symbol.