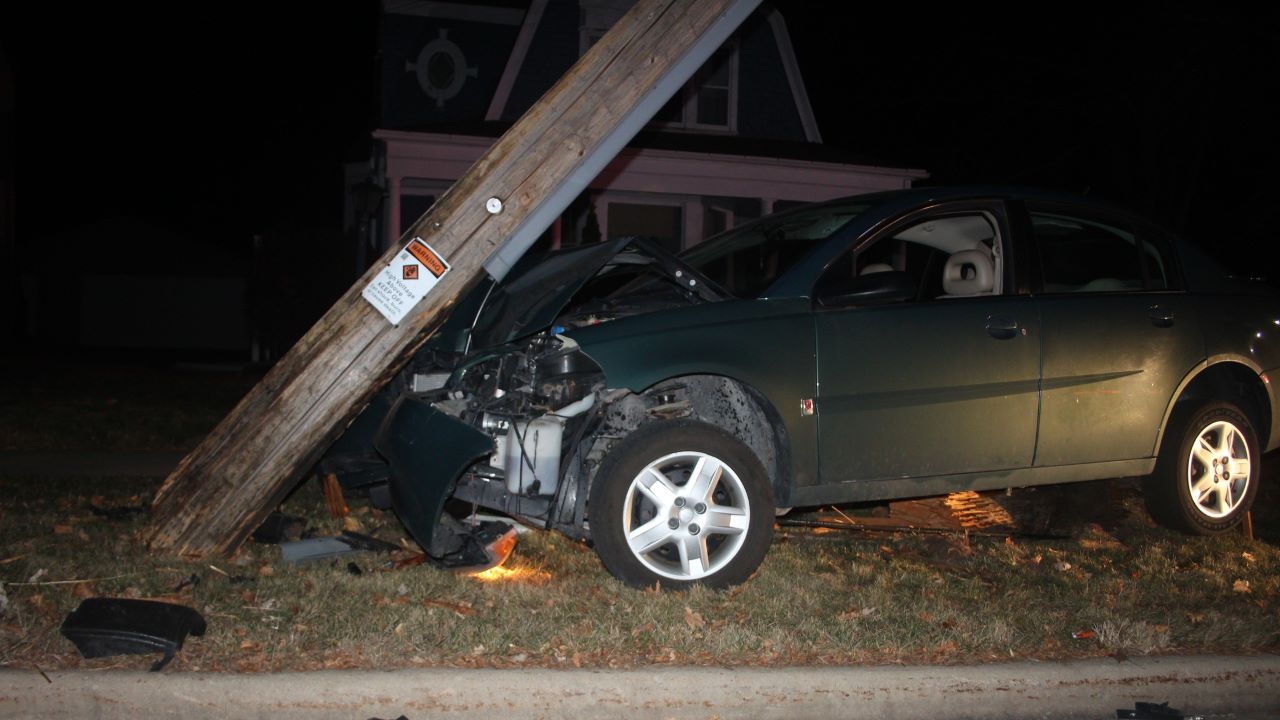 KAUKAUNA — A woman was arrested on suspicion of a second offense OWI early Friday after police say she crashed her car into a utility pole on Kaukauna’s north side.

Kaukauna officers responded about 1:45 a.m. Friday to the area of Wisconsin Av. and Maria St. for a report of a car that struck a utility pole.

When officers arrived they found a small 4-door car had struck and severed the pole completely, moving it several feet, indicating the car was traveling at high rate of speed.

Due to safety concerns for officers and the driver, officers did not approach the vehicle right away but were able to communicate verbally with the driver who said she was fine and not hurt.

A short time later after assessing the scene with the Kaukauna Fire Department, it was determined it was safe to assist the driver out of the car.

When speaking with the driver and helping her out, police say there were obvious signs of impairment.

She was transported to the police department where field sobriety tests were administered and there was enough evidence with the crash and the tests to take her into custody for operating while intoxicated, 2nd offense, according to a news release.

The driver was taken to the hospital for a blood draw and then transported to Outagamie County Jail.

Kaukauna Utilities was notified and responded to the scene and stabilized the pole. TJ’z Towing removed the car. It did not appear any wires or lines were disconnected and power in the area did not appear to be affected.

Police day the driver was not injured because she was wearing her seat belt. This most likely would have resulted in very serious injury or death if no seatbelt was used, police said.