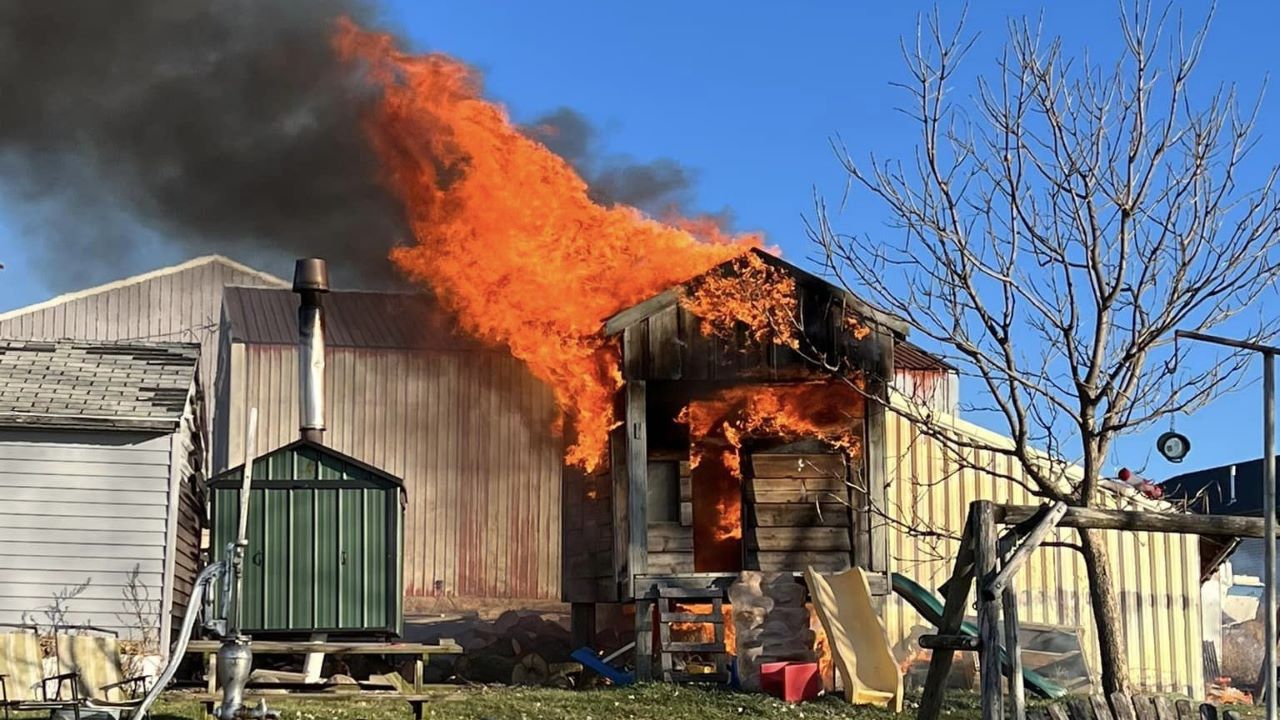 TOWN OF BUCHANAN — A wind-whipped fire that burned a playhouse Friday was safely extinguished before it could reach a nearby barn with animals inside.

Fire officials are using the incident to remind people who conduct open burning to make sure that all fires are completely out and cool before leaving them and to check with their local township about burning permit requirements.

Combined Locks Fire & Rescue and Town of Buchanan Fire and Rescue, along with mutual aid from Hollandtown Fire Department and Wrightstown Fire Dept were called out about 2:45 p.m. Friday to a property on Weiler Rd in the Town of Buchanan for a report of a structure fire.

Thick black smoke could be seen as far away as County Highway CE and N.

When they arrived, sheriff’s deputies and the Combined Locks Fire & Rescue Incident Commander found a large playhouse engulfed in flames. The playhouse was unoccupied.

Winds were pushing flames and heat towards a nearby barn that contained animals.

Combined Locks Engine 2921 was the first arriving engine. They entered the driveway, then pulled multiple attack lines to protect the nearby structures and to begin extinguishment of the burning playhouse.

A portable water tank was set up in front of Buchanan Engine 2321 which was parked at the end of the driveway on Weiler Road.

Water was then dumped into the tank from tenders on scene and then pumped to Engine 2921 from Engine 2321 to continue suppression efforts, according to the news release.

Through the efforts of all departments on scene, fire crews were able to extinguish the playhouse and prevent spread to any nearby structures.

Without the quick 911 calls from neighbors, this could have ended much worse, said Chief Ken Wiedenbauer of Combined Locks Fire & Rescue.