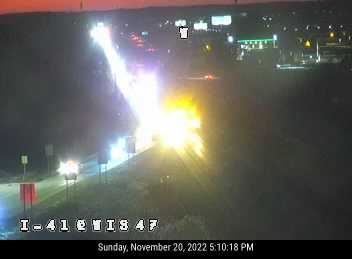 UPDATE: Two people died and nine others were injured in three separate crashes Sunday on I-41 near Appleton.

APPLETON — The northbound I-41 lanes are currently closed beyond Wisconsin 441 South to Little Chute because of multiple crashes that occurred beginning about 3 p.m. Sunday.

Northbound traffic continued to be diverted off of the Interstate at Richmond Street in Appleton as of 5 p.m.

I-41 northbound is fully open past Wisconsin 55 at Kaukauna, according to 511wi.gov.

Police also are on the scene of a crash that has closed 441 Northbound at Northland Avenue.