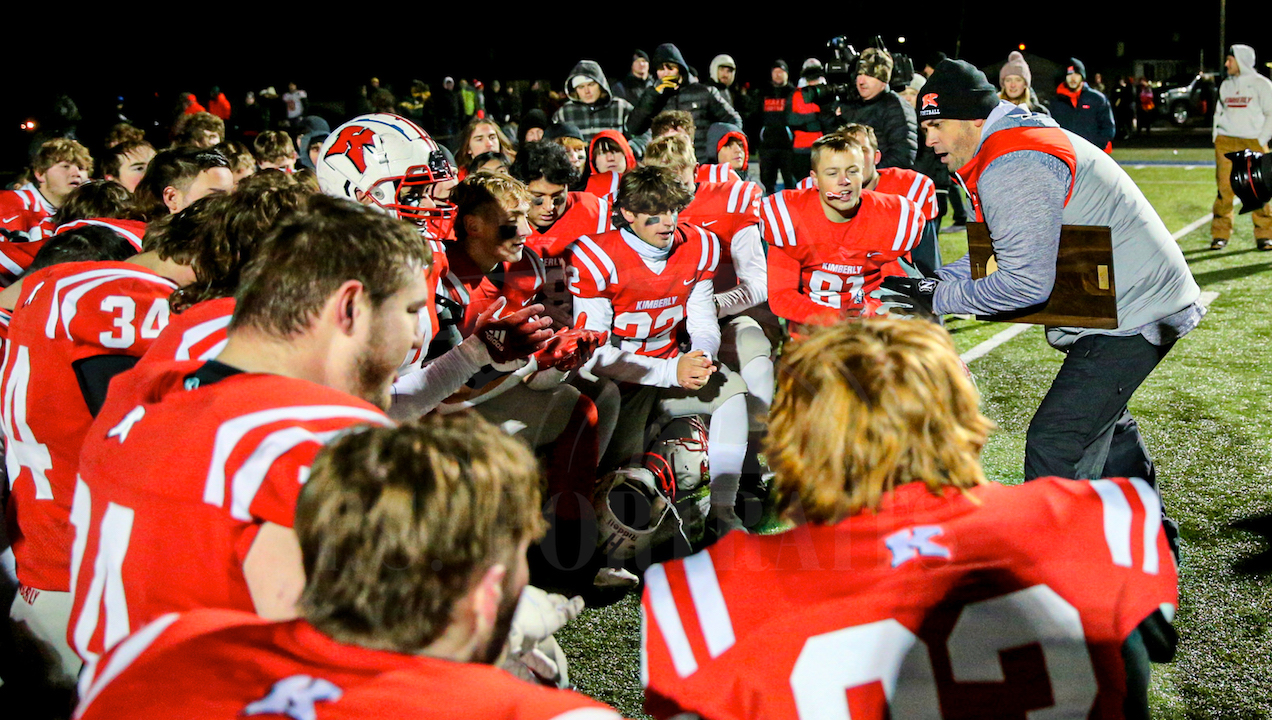 MADISON — It’s been four years since Kimberly has played in the Division 1 WIAA state football title game, but they ended the season in familiar territory.

The Papermakers defeated Mukwonago 34-30 for the 2022 state championship Saturday at Camp Randall Stadium in Madison. READ THE SCORING SUMMARY

KIMBERLY — The Kimberly Papermakers return to the Division 1 WIAA state championship football game for the 10th time Friday as they seek their eighth title.

The Division 1 championship game will be televised live on Bally Sports Wisconsin Extra. Access your cable listings for the channel in your area.

The finals will also be streamed live on the Bally Sports app with registration and cable system authentication and digitally on Bally Sports Wisconsin Plus through subscription to the service. To subscribe, visit ballysportsplus.com.

The Papermakers won five straight championships from 2013-’17 with the first of that string coming in Division 2 and the next four in Division 1.

During a seven-year span, they did not lose a game in the playoffs from Level 3 of the 2012 postseason until the championship game in 2018.

Their two other championships were in Division 2, winning back-to-back crowns in 2007 and 2008.

The Papermakers tied for first in the Fox Valley Association with Neenah this year.

They rolled past Bay Port 42-21 at Level 4 to advance to the championship final.

Mukwonago advances to the title game for the second time.

The team’s only other experience in the championship game came in 2004 when they won the Division 1 championship with a 17-6 win over Marshfield.

This fall, they are the co-champions of the Classic Eight Conference with Muskego.

Mukwonago defeated Hamilton 47-21 at Level 4 of the playoffs to gain their berth in the championship final. They have averaged 43 points-per-game through the first four levels of the playoffs.

ADMISSIONTICKETS: The WIAA uses GoFan Ticketing for all digital and cashless tickets. Admission for a single game is $11 plus online fees for adults and students. An all-day pass for Thursday is $30 plus online fees, and $25 for an all-day pass for Friday’s games. All tickets must be redeemed on a mobile device. To purchase tickets, visit the WIAA website at:  wiaawi.org/Tickets. Children 2-years old or younger do not require a ticket.

FINAL: Kimberly advances to state with win over Bay Port