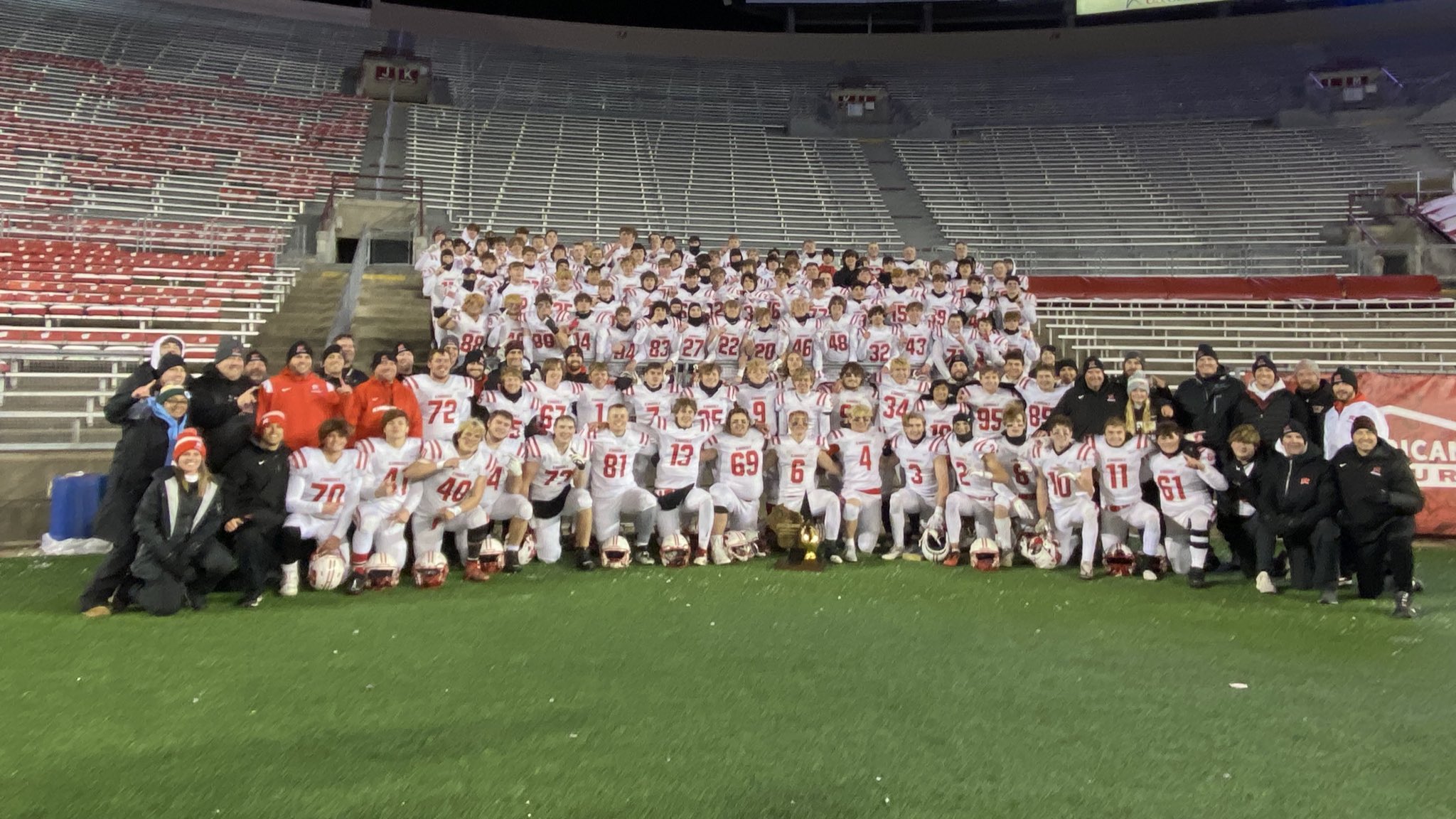 MADISON — It’s been four years since Kimberly has played in the Division 1 WIAA state football title game, but they ended the season in familiar territory.

The Papermakers defeated Mukwonago 34-30 for the 2022 state championship Saturday at Camp Randall Stadium in Madison.

The game was an offensive showcase, but a few key stops and a drive that ended in a field goal for Mukwonago turned out to be the difference in the game.

Mukwonago scored on its opening drive, then Kimberly responded with a Blake Barry 1-yard TD run. A Hunter Berry PAT was good to tie the game at 7.

After trading punts, Kimberly forced a fumble, but was unable to sustain a drive, turning the ball over on downs.

Mukwonago scored on its next series, retaking the lead at 14-7 heading into half time.

On the opening drive of the second half, Seth Miron completed a 48-yard TD pass to Ethan Criter, putting Kimberly and Mukwonago back to even at 14-14.

Mukwonago took the lead right back, but a blocked PAT put their lead at 20-14 over Kimberly.

Kimberly took its first lead of the game at 21-20 followed by a defensive stand that held Mukwonago to a field goal, giving Mukwonago a slim 23-21 lead.

A Blake Barry 2-yard walk-in TD, along with a missed 2-point conversion, put Kimberly back up 27-23.

But the see-saw game continued, with Mukwonago back up 30-27.

A final drive put Kimberly up for good 34-30 on a Blake Berry TD run with 26 seconds left.

A Thomas Meyers interception sealed the deal for the Papermakers, giving them their eighth state title.

The Papermakers won five straight championships from 2013-’17 with the first of that string coming in Division 2 and the next four in Division 1.

During a seven-year span, they did not lose a game in the playoffs from Level 3 of the 2012 postseason until the championship game in 2018.

Their two other championships were in Division 2, winning back-to-back crowns in 2007 and 2008.

The Papermakers tied for first in the Fox Valley Association with Neenah this year.

FINAL: Kimberly advances to state with win over Bay Port