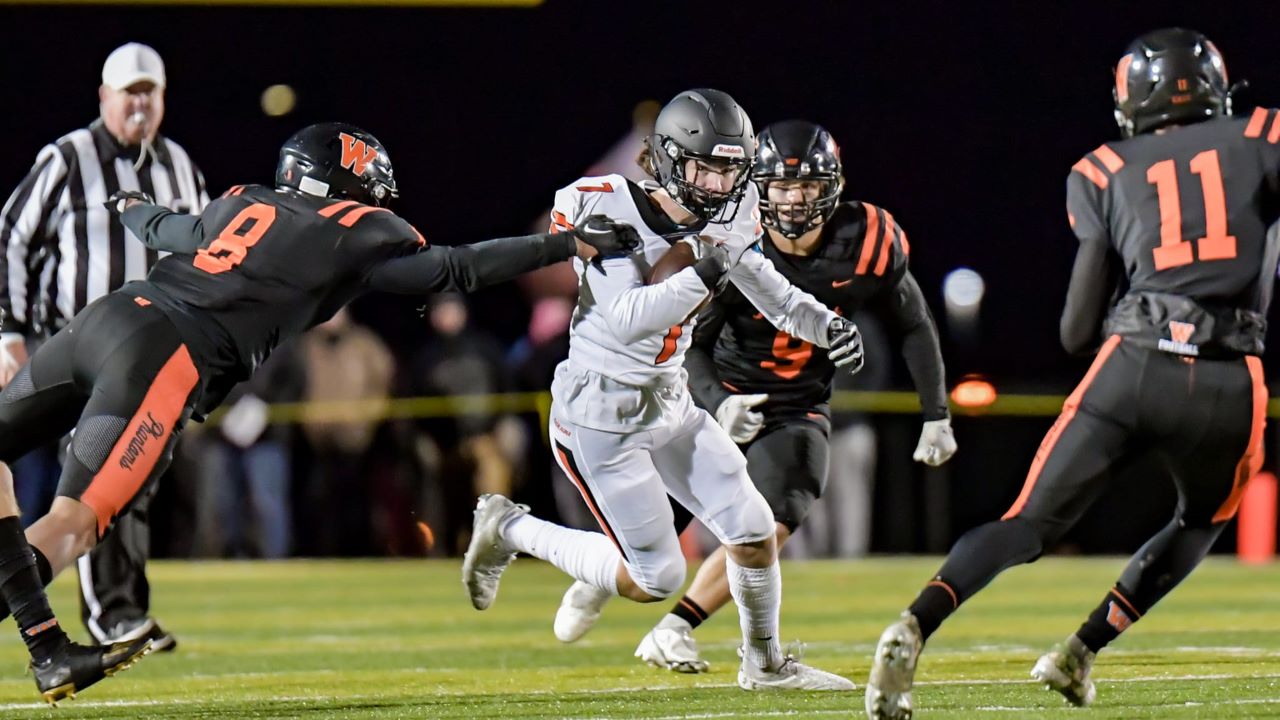 ASHWAUBENON — An uncharacteristic five turnovers were too much to overcome as the Kaukauna Galloping Ghosts football team season ended Friday night with a 26-7 loss to West De Pere in a Division 2 WIAA Level 4 playoff game at Ashwaubenon.

The Ghosts defense kept the game close until the fourth quarter, and the offense moved the ball efficiently, but turnovers killed too many drives.

West De Pere got on the board first, scooping up a Kaukauna fumble in the end zone.

But the Kaukauna defense played a strong first half, overcoming three turnovers to go into half time down only 7-0

Shaking off its first-half troubles, Kaukauna came out in the second half and got back to their familiar offense, leaning on star running back Noah Hofmann to drive the field and score on a 2-yard run, tying the game at 7.

But West De Pere came back to score on their next possession, retaking the lead, although a botched snap on the extra point kept their lead at 13-9.

Kaukauna was moving the ball on their next possession, but the Ghosts’ fourth turnover of the game ended another Kaukauna drive.

Another West De Pere touchdown with just over three minutes to go in the game pushed their lead to 19-7.

One final breakaway run put the final score at 26-7.