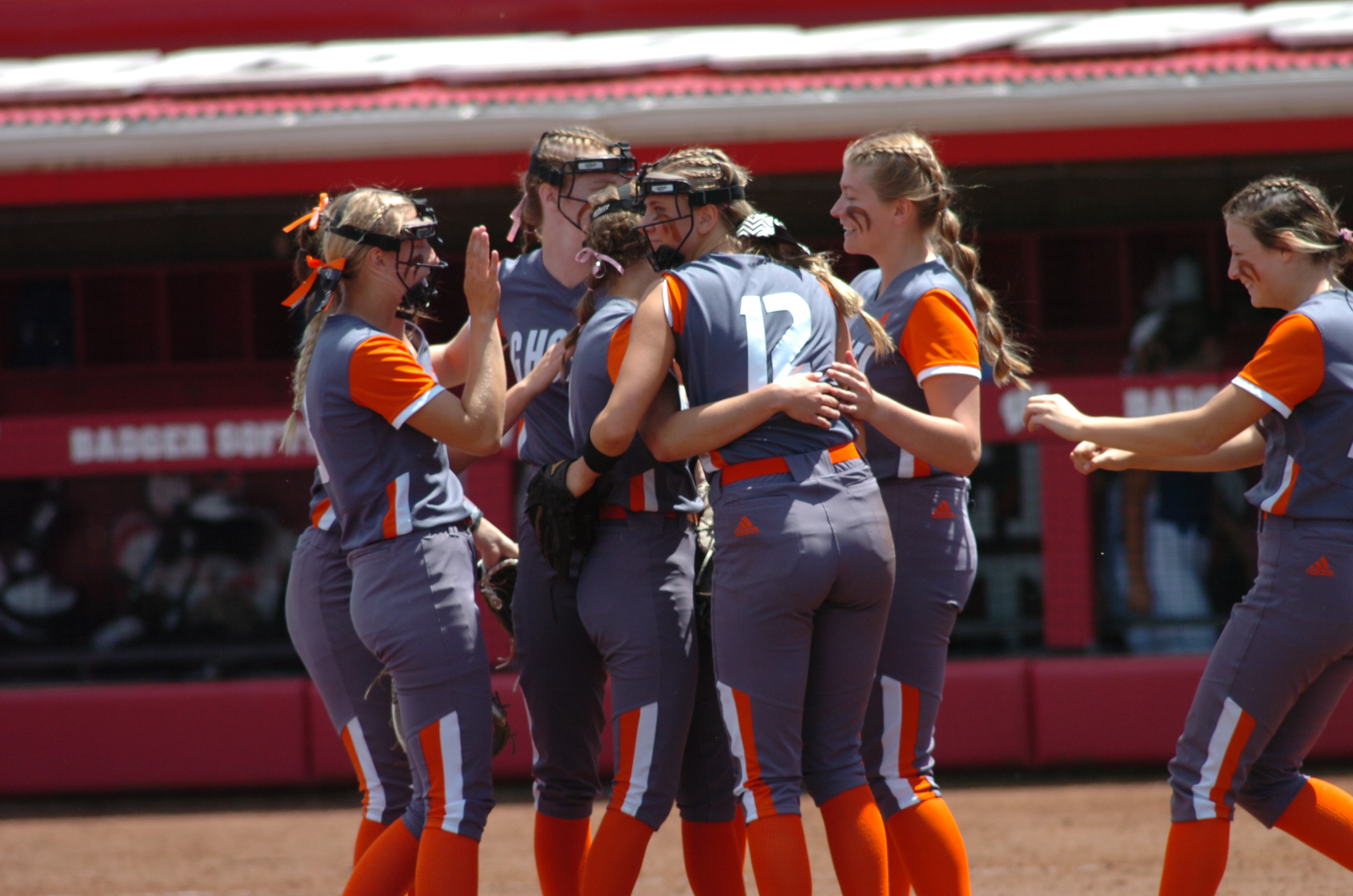 MADISON — The Kaukauna Ghosts’ softball team lived up to its No. 1 seeding Thursday, defeating Oshkosh West 7-1 in a WIAA Division 1 quarterfinal game at Goodman Field in Madison.

Freshman Karly Meredeth, the Fox Valley Association player of the year, had 2 RBI and gave up one hit in relief of starter Skyler Calmes who recorded the win. Lilly Roehrig also had 2 RBI.

The turning point came early in the game when West loaded the bases twice on Ghosts in the second, but Calmes got out of the jam allowing only one run in the inning. Oshkosh West wouldn’t score again.

“Anytime you can shift momentum like that, you definitely gain the advantage,” Head Coach Tim Roehrig said after the game.

There were several big momentum shifts in the game, and getting out of the second inning jam was one of them.

“Even though they scored, it’s like hey, we’re good,” Roehrig said. “If you hold a team to one run, we’re fine.”

The defense seemed to spark the Ghosts in their half of the second, scoring three and never looking back.

Kaukauna is back in action Friday at 9 p.m. in the Division 1 semifinal where they will face Superior, a 10-0 winner over Cedarburg.

Sign up HERE for emailed results as the Ghosts make their way through the tournament.