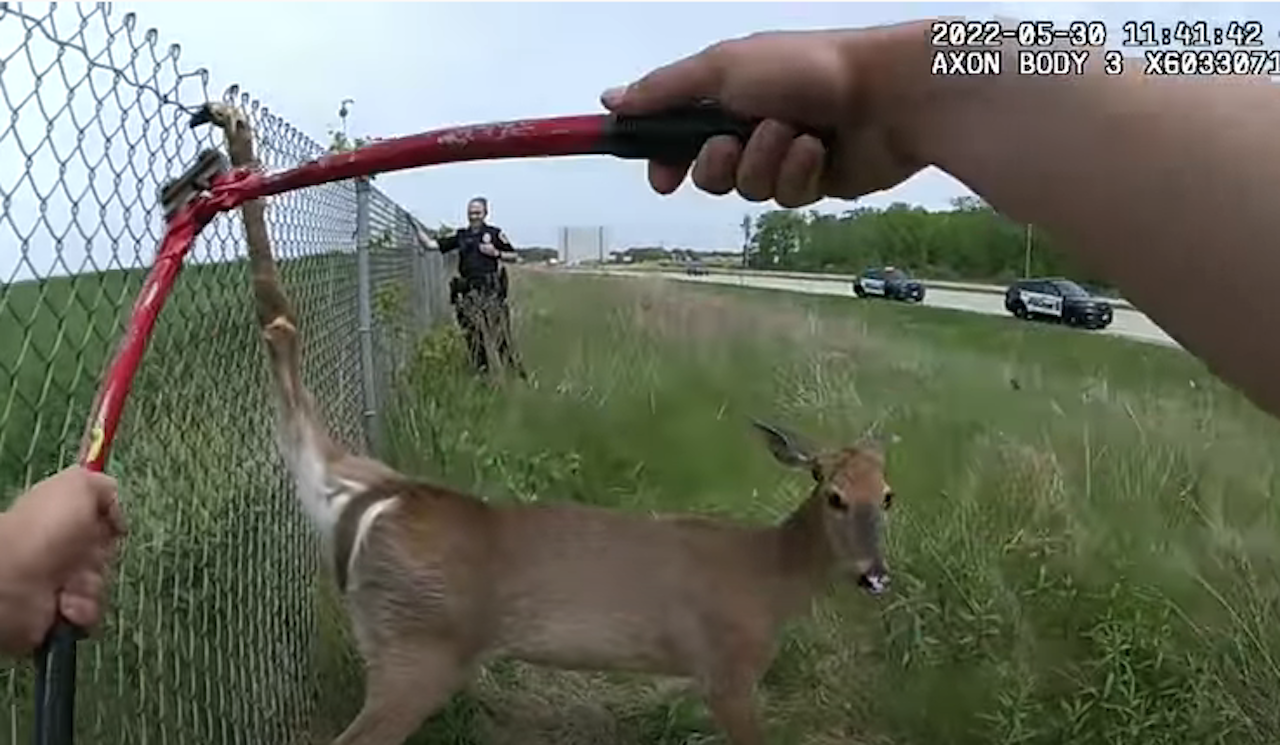 GREEN BAY — Police are often called for help along busy highways, but recently in Green Bay, it was a deer that needed to be rescued.

The deer apparently tried jumping the fence along Highway 57, but ended up with one hoof caught at the top and was dangling helplessly when officer arrived May 30, 2022.

Officers Dustin Herlache and Miranda Walvort were sent to free the terrified deer.

The deer was released without any additional injury to herself or to the officers.