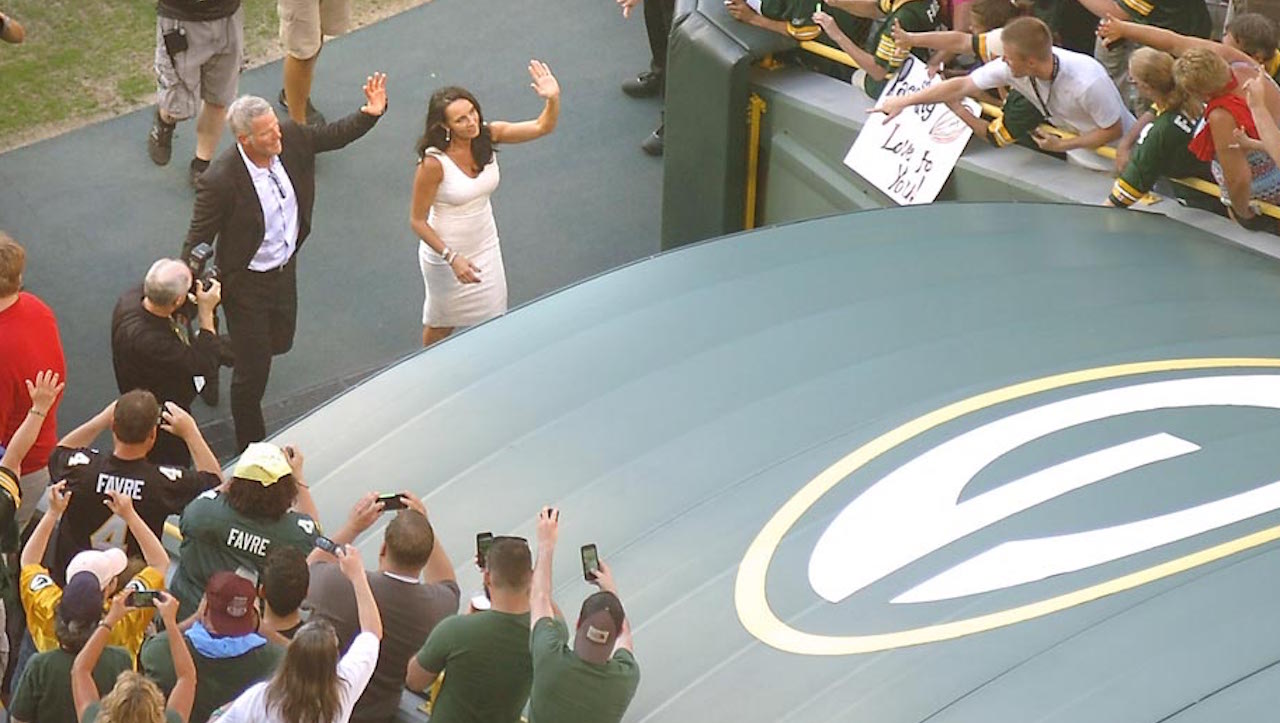 GRAND CHUTE – Hall of Fame former Green Bay Packers’ quarterback Brett Favre has confirmed that he will be a part of this year’s Donald Driver Charity Softball Game June 12, 2022 at Fox Cities Stadium.

Donald Driver, James Jones, and AJ Dillon are the confirmed hosts of the event to raise money for the Donald Driver Foundation and additional local and player charities. The game is sponsored by Network Health.

This will be the only charity softball game held at Neuroscience Group Field at Fox Cities Stadium in 2022.

Fans may purchase a package that includes one ticket to the Donald Driver Charity Softball Game and three vouchers for a 2022 Timber Rattlers home game starting at 11:00am on Thursday, November 18. Packages start at $61.

Tickets for the softball game are $55 for a front row box seat, $43 for a standard box seat, $25 for a reserved bleacher seat and $15 for a general admission grass seat. There are also a limited number of patio tables – which seat four – available at $252. The patio tables will include one autographed item signed by Donald Driver.

There are 69 All-You-Can-Eat seats available for this game for $85 per seat. This ticket includes admission to the game, an all-you-can-eat picnic for 90 minutes, and two beverages (beer, soda, or water).