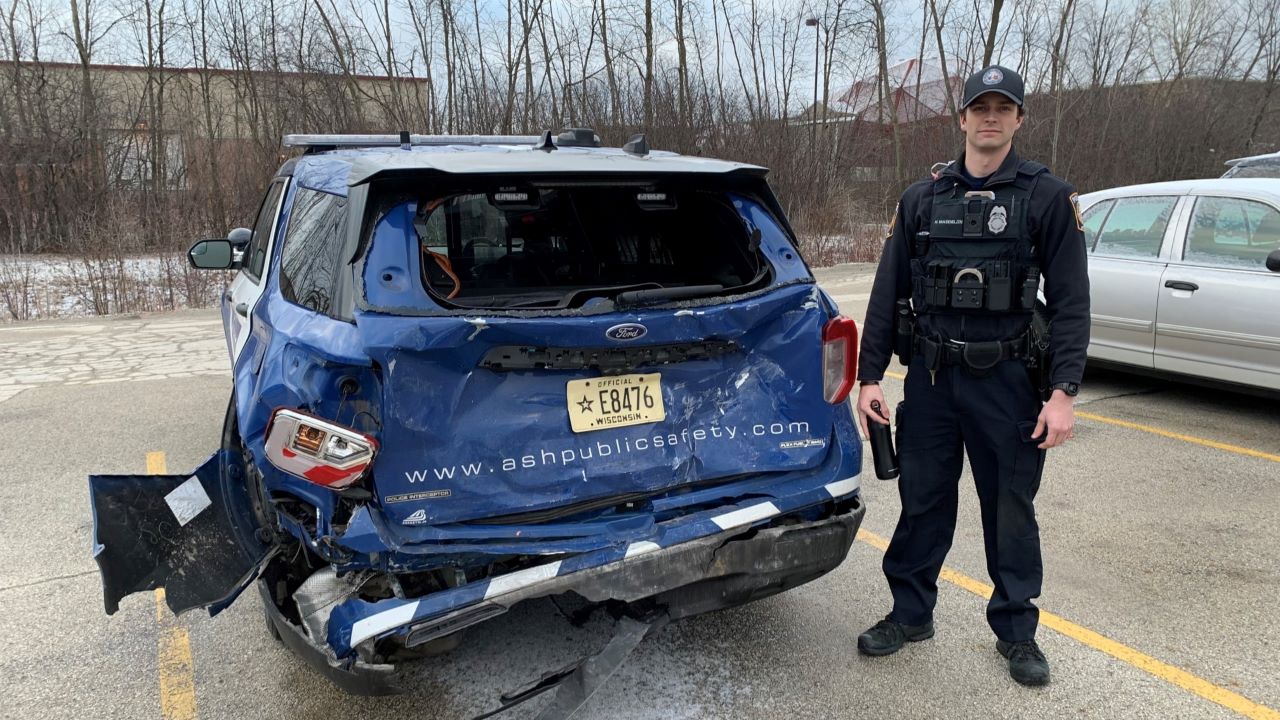 ASHWAUBENON — An Ashwaubenon Public Safety Officer was safely out of his squad Friday when a suspected drunken-driver crashed into the vehicle, causing heavy damage.

Public Safety Officer Hunter VanDenElzen was out of his squad assisting another officer with a traffic stop when officials say a drunken driver rear-ended his squad car.

Fortunately, no one was injured in the crash, according to a news release from Ashwaubenon Public Safety.

“His life along with everyone else’s on the road were endangered due to a drunk driver,” read the news release. “Fortunately, the driver of the striking vehicle was also not injured but they were arrested for operating while intoxicated.

VanDenElzen switched vehicles and continued working for the remainder of his shift.