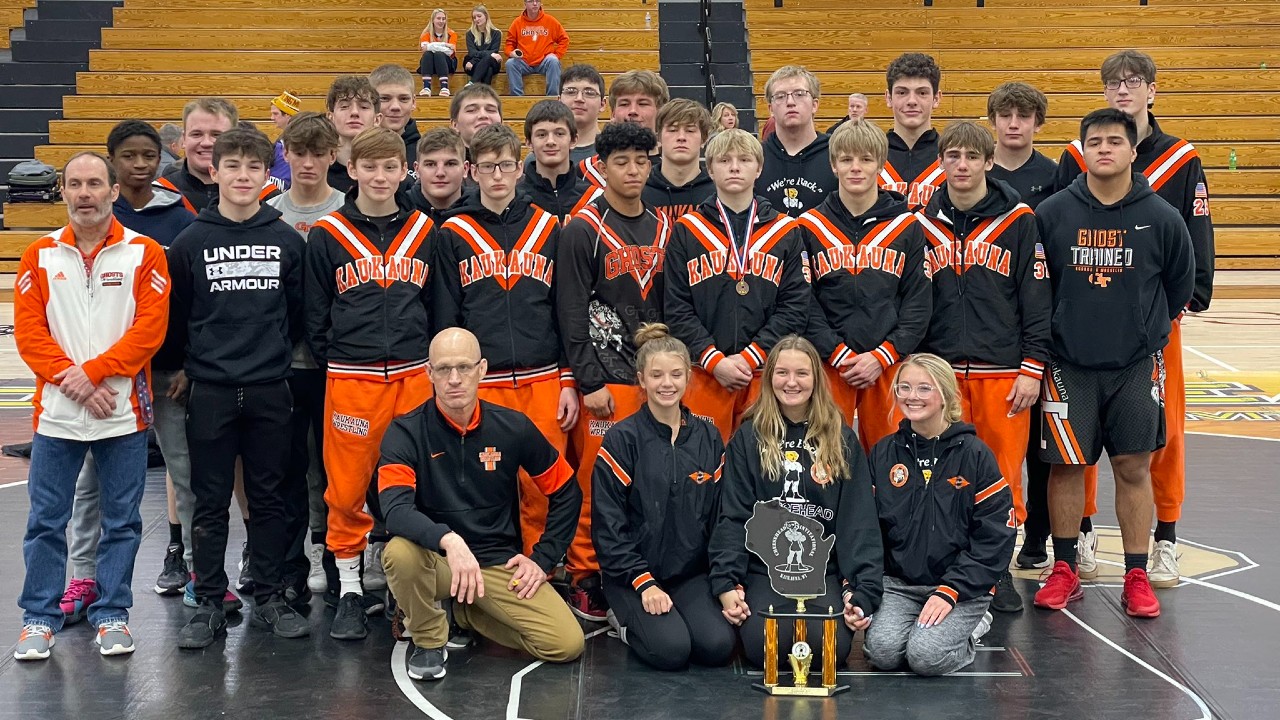 Kaukauna finished sixth in a strong field of 28 teams at the 2022 Cheesehead Invitational. Photo courtesy @KaukaunaGhosts on Twitter

KAUKAUNA — The hosts had an impressive showing as the 2022 Cheesehead Invitational returned to Kaukauna after one year off.

Greyson Clark of Kaukauna, the No. 9 ranked wrestler in the country, was the champion at 138 pounds.

The win was is Clark’s first at the invitational after his state wrestling title in February as a sophomore. He will join the UW Badgers in the incoming class of 2023.

As a team, Kaukauna finished sixth in a strong field of 28 teams.

Among the other individual finsihers:

The Cheesehead is a two day high school wrestling invitational hosted by Kaukauna High School in Wisconsin.  The first Cheesehead was held in 1999 and brings in some of the top teams from around the country.