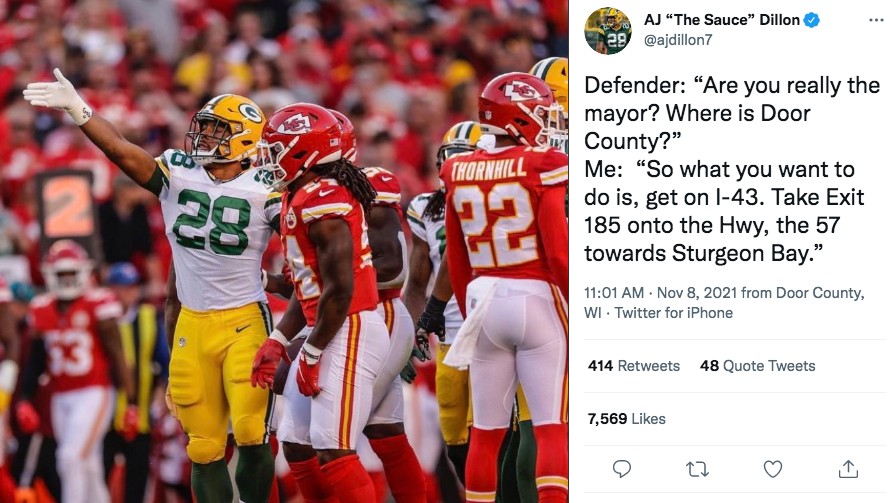 GREEN BAY — When Green Bay Packers’ running back A.J. Dillon arrived in Green Bay before his rookie season, it didn’t take long before he made his first visit to Door County.

Dillon, who is having a break-out season with the Pack, apparenlty wanted to get his mind off the team’s second loss of the season by posting a Door County meme Monday on Twitter.

“Defender: ‘Are you really the mayor? Where is Door County?’ “Dillon wrote above a photo of him giving the first down sign, but also looks like he is giving directions.

The reference to “mayor” goes back to this summer, when he proposed to his girlfriend in Egg Harbor.

In an interview in September with WISN-TV, Dillon said he wanted to be the mayor Door County, until he learned counties don’t have mayors.

When he first visited Door County, he said it’s not at all what he heard Wisconsin was like.

“I’m thinking I’m just going to start in Egg Harbor and work my way up and eventually just become the ambassador of the entire county,” Dillon said. “That’s my goal.”