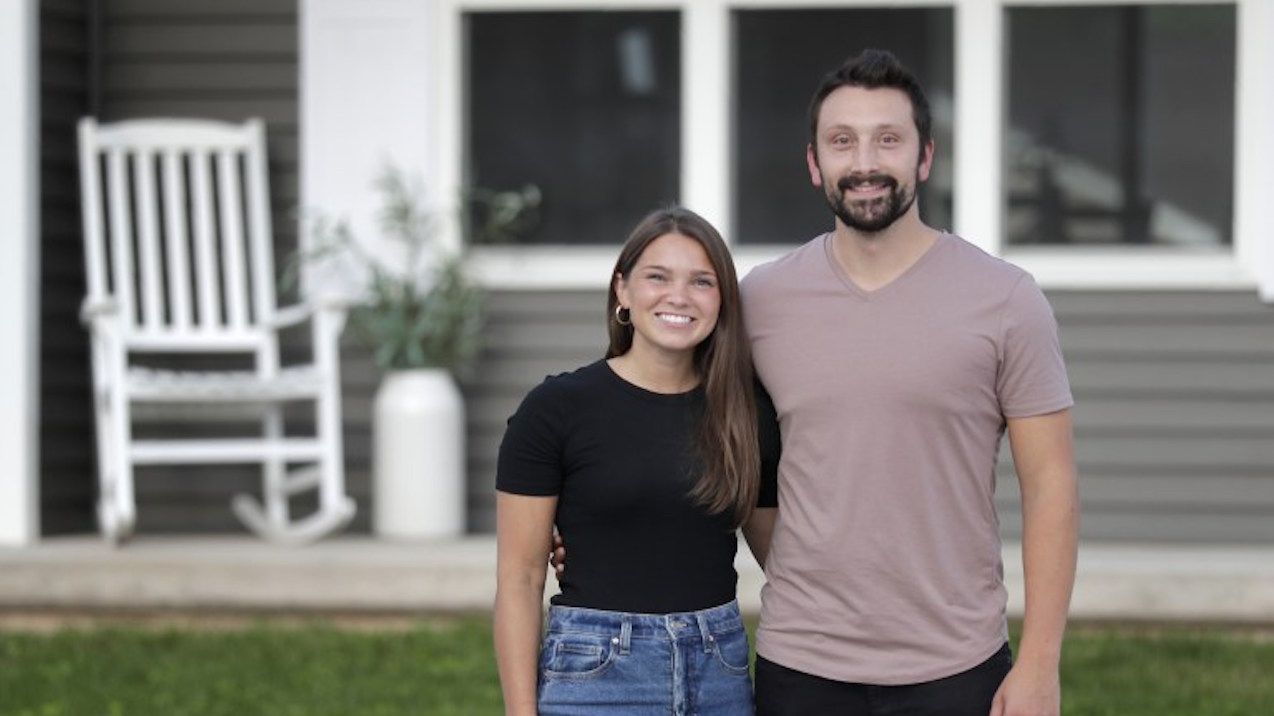 This piece was produced for the NEW News Lab, a local news collaboration in Northeast Wisconsin. It originally appeared in the Appleton Post-Crescent and is part of their series “Unaffordable: No Place to Call Home.”

Here’s how it works: McHugh buys a chunk of lots in a subdivision from a developer. He offers buyers an option of five floor plans to choose from, then builds the homes all in one batch so he can get a volume discount on high-quality materials and reduce the cost for the buyer.

Compared to most new construction on the market, McHugh’s homes would be considered affordable. But, McHugh sees a need for even smaller, and less expensive, houses in northeastern Wisconsin, especially for first-time homebuyers, who make up about 25% of his customers. Half of his customers are second-time homebuyers, and the remaining 25% are people looking to downsize, he said.

The houses McHugh builds are filling a need for new homes that was identified in a 2019 report from the Wisconsin Realtors Association. The Falling Behind report found a significant shortage in housing that is affordable for households earning between 60% and 120% of an area’s median income, also known as workforce housing.

There are not enough homes being built in Wisconsin, especially workforce housing, said Kurt Paulsen, a professor of urban planning at the University of Wisconsin-Madison and author of the Falling Behind report. There are hundreds of openings for jobs that pay livable wages, but few affordable homes for workers and their families to buy, he said.

“We are seeing across the state that kind of middle income, workforce housing price point for ownership has just disappeared,” Paulsen said.

The lack of workforce housing doesn’t only impact middle class households; it ripples across the spectrum of affordable housing, Paulsen said. When people can’t find a home at their price point, they’ll take the next cheapest option, which “puts the squeeze on people on the lower end of the wage scale,” he said.

“What we’re seeing now is that affordability crisis is creeping up the income scale because of the overall shortage of housing,” Paulsen said. “So even a teacher who makes $50,000 (a year) is having difficulty finding a home to purchase anywhere in the state.”

McHugh wants to go even smaller

Federal guidelines recommend households spend no more than 30% of their income on housing expenses. Those who exceed 30% are considered “cost burdened,” meaning housing costs take up so much of a household’s budget that they struggle to meet other costs or save money.

As of 2019, nearly 20% of Appleton households and 23% of Green Bay households were considered cost burdened, according to the Joint Center For Housing Studies at Harvard University.

Paulsen said a good rule of thumb to determine how much a household should spend on a conventional mortgage is to multiply its income by three. So, to afford one of McHugh’s cheapest and smallest homes, at $264,900, a household would need to earn around $88,000 a year.

“All you have to do is look at the listings to realize there is virtually nothing in that price range,” Paulsen said. “And if it is available, it goes really quickly.”

McHugh wants to build smaller, more affordable homes that are closer to that price point, but he is often stymied by covenants placed on the land by developers that dictate size, materials and other elements that drive up prices, he said.

For example, a municipality might allow for a minimum home size of 1,300 square feet, but developers can decide they want the homes to be at least 1,700 square feet and have features like stone facades, McHugh said.

Having the developers work directly with the builder to make sure their lots are what the builders need would be the biggest cost savings, McHugh said.

“There’s a few developers that get it and are trying,” he said. “But there’s not a lot of them.”

McHugh would be able to build more homes in the same amount of space if developers made lots smaller. For example, his homes can fit on 60-foot-wide lots, but many developers sell lots that are 90 feet wide. If developers decreased the lot sizes, McHugh could fit three homes in the same space as two, and that alone could save between $15,000 and $20,000 per home.

“There’s a definite need for (smaller homes),” McHugh said. “There’s just no way to build that new inventory anymore, period. It just can’t be done because there’s no subdivisions that allow it.”

At this point, building a smaller, 1,200-square-foot home wouldn’t be much cheaper, unless McHugh began cutting out some amenities, like the master bathroom. That could save between $10,000 and $15,000. Building two-story or bi-level homes could also reduce a home’s cost by about $10,000. But, people seem to prefer ranch-style homes, McHugh said.

Those three changes together could bring a home’s cost down by up to $50,000, and “now you’re talking about something that could make the difference of being affordable or not,” he said.

If someone could come up with a way to build a three-bedroom, two-bathroom, 1,500-square-foot home in the Fox Valley for around $200,000, “you could probably sell thousands of those because there’s such a demand,” Paulsen said.

Amy and Erik Van Hammond bought their three-bedroom, two-bathroom Kaukauna home from McHugh at the beginning of 2020.

The couple, who got married in May 2020, had been looking to buy their first house together, but became frustrated by the housing market after putting in offers on half a dozen homes.

“It did feel like, when we were walking through other houses, we were always having to give up something that was important to us,” such as a third bedroom or attached garage, said Amy, a 26-year-old corporate recruiter for U.S. Venture.

But McHugh’s homes had everything the couple was looking for, and the house they bought was within their budget.

After adding upgrades like a fireplace, an egress window in the basement and different roof gables, the Van Hammonds paid $237,000 for their home. The base price was $215,000 before the upgrades.

McHugh has since had to raise the price of his homes, mostly due to the increase in lumber costs, he said.

“It’s just really unique how we were able to pick our stuff before it was even built,” said Erik, 26, who works as an environmental health and safety manager at Amcor in Oshkosh. “It was affordable, but we could still make it ours.”

The Van Hammonds love that everything in the house is new and that they had the option to customize aspects such as the flooring, cabinets, countertops and siding without being overwhelmed by options, they said.

“This was our first home for both of us,” Amy said. “This was really cool for our first house to be able to have some say in what it’s like, but not be inundated with endless options.”

McHugh’s homes don’t just appeal to newlywed couples looking for their first home. Single people, families with children and retired couples all live in the Van Hammonds’ neighborhood. In fact, Erik’s cousin, a single man, bought a house from McHugh right next door, and Amy’s brother, sister-in-law and their three kids bought a house two doors down.

“There really is the space for any of those stages of life,” Amy said.

The couple doesn’t see this house as their forever home, but they can see themselves staying for the next seven to 10 years. There’s plenty of room for them to start a family when the time comes, they said.

A new building style for the Fox Valley

McHugh has been building homes in the Fox Valley for more than a decade. He started out doing remodeling, additions and custom homes. But four years ago, he began to focus almost solely on production homes.

This kind of building is common in many states, and McHugh learned about it in Florida, he said. He saw a need for more affordable homes in the Fox Valley and knew this would be a way to do it.

Unlike most new home building, McHugh’s company finances the construction loan. The buyers put down a deposit of $5,000 or $7,500, and then buy the house once it’s built.

He is currently building homes in Kaukauna, his smallest and least-expensive homes at 1,350 square feet for $264,900.

Said McHugh: “There’s a significant demand for our product.”

Contact Natalie Brophy at (715) 216-5452 or nbrophy@gannett.com. Follow her on Twitter@brophy_natalie. This story is part of the NEW News Lab, a journalism collaborative covering northeastern Wisconsin.