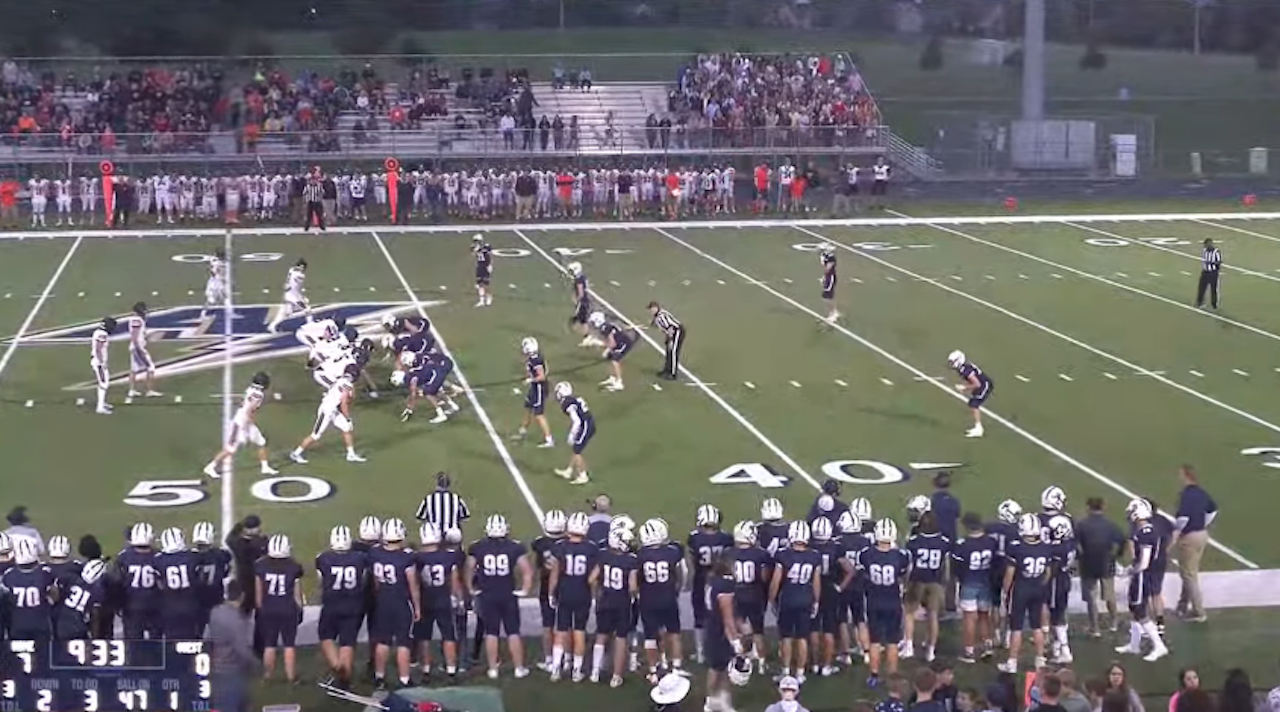 APPLETON — The Kaukauna Ghosts knew the road would become much more difficult once play began in the Fox Valley Association.

The Appleton North Lightning showed them just how difficult it can be.

The Ghosts dropped their first game of the season with the 27-7 loss to North Friday night at Paul Engen Field.

North (1-1) was ranked 8th in the MaxPreps computerized poll and Kaukauna (2-2) was ranked at 11 coming into the game.

Appleton North got off to a quick start while the Kaukauna spent most of the game behind the chains, falling victim to multiple drive-killing penalties.

The Lightning struck first on a long pass completion for a touchdown on the second play of the game to go up 7-0.

The Ghosts turned the ball over on their first series, but after North got the ball back, a blocked punt and return by Zach Eiting put the Ghosts on the Appleton North 5 yard line.

That drive went backward, however, due to a series of penalties that ended with the Lightning blocking Gavin Lahm’s 45 yard field attempt.

North took over on the Kaukauna 45 and pounded the ball to the end zone, pushing their lead to 14-0 to end the first quarter.

In the second quarter, the Ghosts’ defense twice forced turnovers on downs on Kaukauna’s side of the field.

The second defensive stand sparked the Kaukauna offense, which scored on a 67 yard pass from Garrett Weyenberg to Carson Sipple, who slipped multiple tackles to score.

That trimmed the Ghosts’ deficit to 14-7.

But the Lightning began the second half with a 44-yard punt return for a score to push their lead to 21-7.

A fourth quarter touchdown by North pushed their lead to 27-7 and ended the Ghosts’ hope for a comeback.

The Ghosts are back home next week, Sept. 10, for a 7 p.m. kickoff against Oshkosh North.