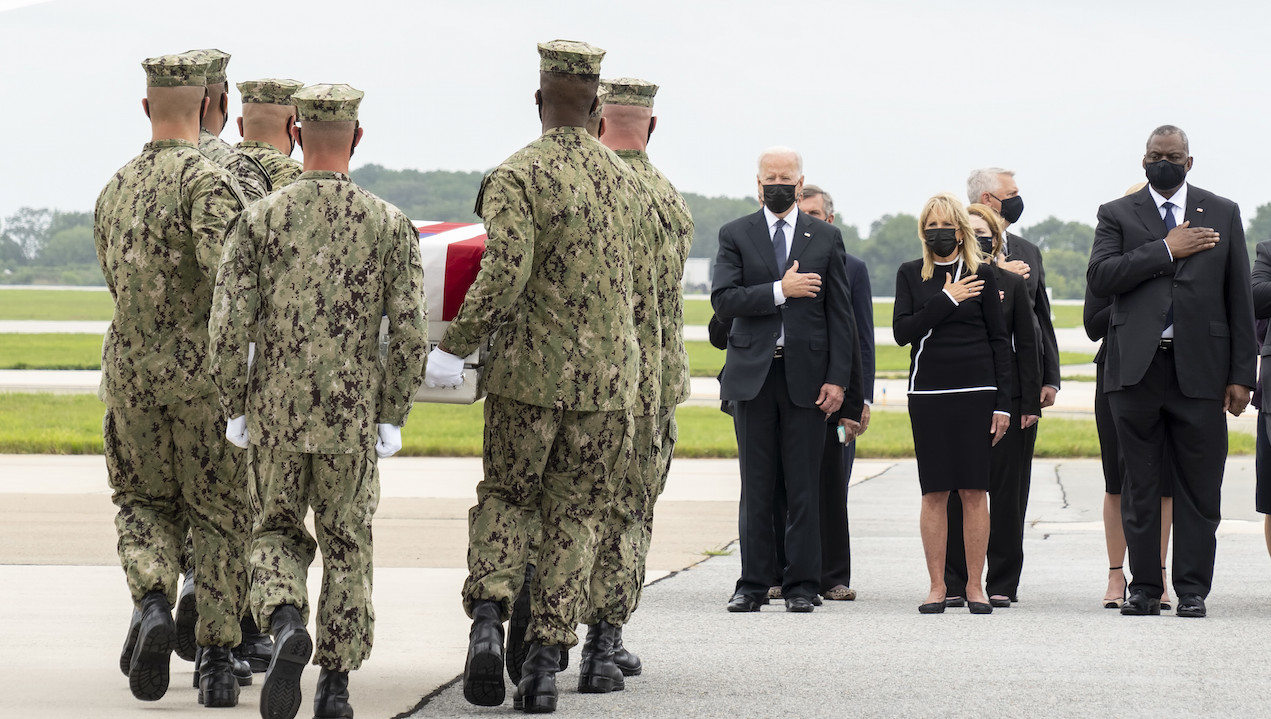 DOVER AIR FORCE BASE, Del. — President Joe Biden spent Sunday morning at Dover Air Force Base for the ceremony known as a “dignified transfer” as the bodies of the 13 military personal killed in the suicide attack at the Kabul airport returned home.

Biden and his wife, Jill, met privately with family members of those killed in the attack. Defense Secretary Lloyd J. Austin III also attended the ceremony.

“The 13 service members that we lost were heroes who made the ultimate sacrifice in service of our highest American ideals and while saving the lives of others,” Biden said in a statement Saturday. “Their bravery and selflessness has enabled more than 117,000 people at risk to reach safety thus far.”

Secretary Austin said in a statement that, “These men and women made the ultimate sacrifice so that others could live. They were and will be forever remembered as heroes.”

For the Marine Corps, the deceased are:

For the Navy, the deceased is:

For the Army, the deceased is: