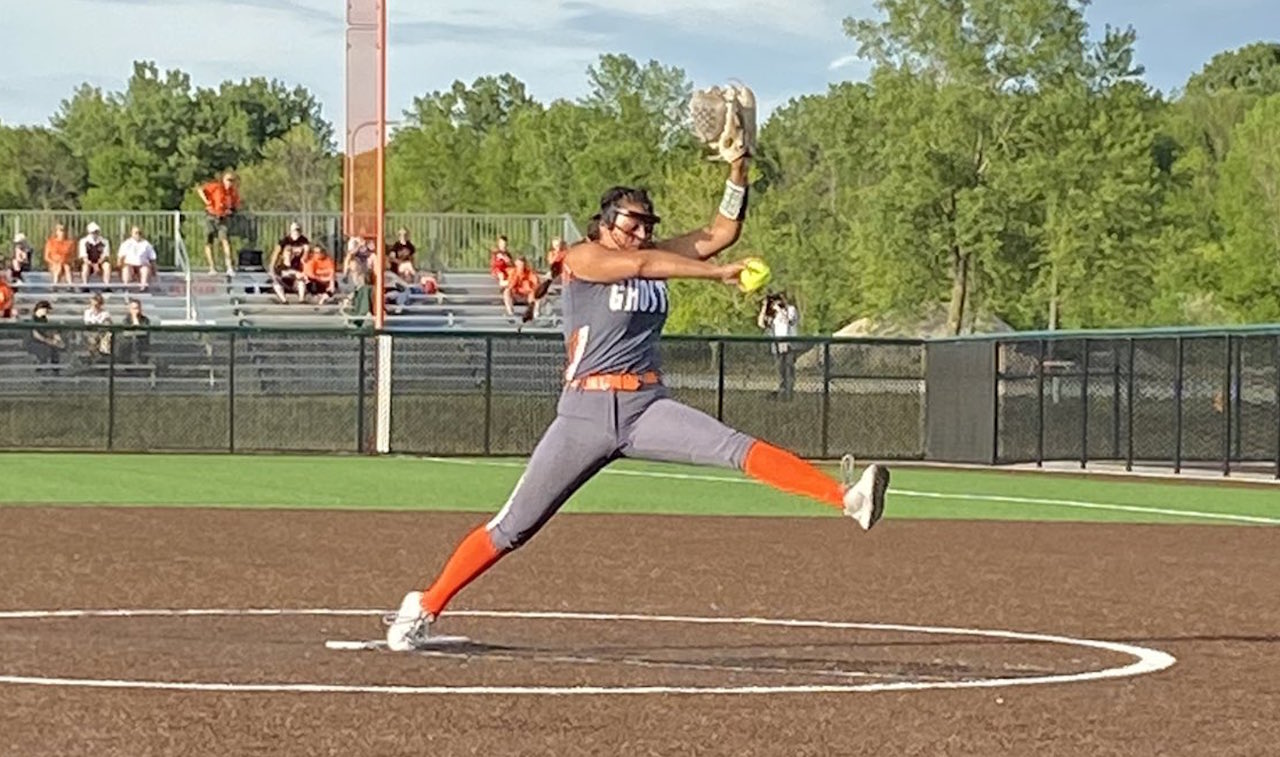 (Sign up HERE for email updates from the Championship game)

KAUKAUNA — It took a few innings for the Kaukauna High School Galloping Ghosts softball team to gain its stride, but in the end they dominated Burlington High School 11-1 in a WIAA Division 1 state semifinal game.

The Ghosts advanced to the championship game Wednesday at 3 p.m. Wednesday against Sun Prairie. The Cardinals earned their chance to play in the title game with a 4-0 shoutout win over Chippewa Falls.

Unlike the quarterfinal game earlier in the day, the Ghosts were unable to get off to a quick start and found themselves down 1-0 after the first inning. Although things could have been much worse after Burlington loaded the bases with no outs to start the game.

The Ghosts escaped the bottom half of the second despite two errors in the inning that put runners on base, giving Kaukauna three errors already in the game. Kaukauna then went down in order to end the inning.

That’s when the Ghosts seemed to find their stride.

Taryn Christopher hit a one-out single right to get on base in the bottom of the third, followed by Kally Meredith who ran out a bunt to make it to first, advancing Christopher to second.

That set up Anna LaCount’s double to score two and put Kaukauna up 2-1, their first lead of the day.

LaCount was rewarded for her efforts, scoring on an RBI triple by Khloe Hinkens, increasing the Ghosts’ lead to 3-1.

Defense shined for the Ghosts in the top of the fourth with the Kaukauna ending the inning with a double-play rundown.

In the bottom of the fourth, Lilly Roehrig walked and advanced to second on a Keanna Jansen bunt.

Roehrig then scored on a Taryn Christopher double to left center. Kaukauna then led 4-1.

A throwing error on a Kally Meredith RBI single scored Christopher and Kaukauna pushed the lead to 5-1, all with two outs in the inning.

The scoring continued on a single by VanAsten to score Christopher, giving the Ghosts a 6-1 lead after four.

The Demons went down in order in the fifth, ending with a diving catch in center field by Meredith to end the bottom half of the inning.

Klhoe Hinkens led off the bottom of the fifth with a base-hit single. Haylie Wittman walked on four pitches, putting Hinkens in scoring position. A bunt by Paige Miller loaded the bases with no outs.

Hinkens scored on a wild pitch and the bases were once again loaded when Roehrig reached first on a walk.

Jansen singled through the left side scoring Wittman, then an RBI single by Merideth scored scored Roehrig and the Ghosts found themselves up 9-1.

With the bases still loaded, Jansen scored on a sacrifice by VanAsten to finish the fifth inning with a 10-1 lead.

Kaitlyn Van De Hey came in to relieve Calmes to begin the sixth. Burlington eventually loaded the bases, but Van De Hey got out of the jam to finish the inning with a strikeout.

Wittman hit a standup triple to begin the Ghosts’ half of the sixth. The next batter, Kylee Plate, stepped in for Miller and walked, as did Roehrig who followed her, loading the bases.