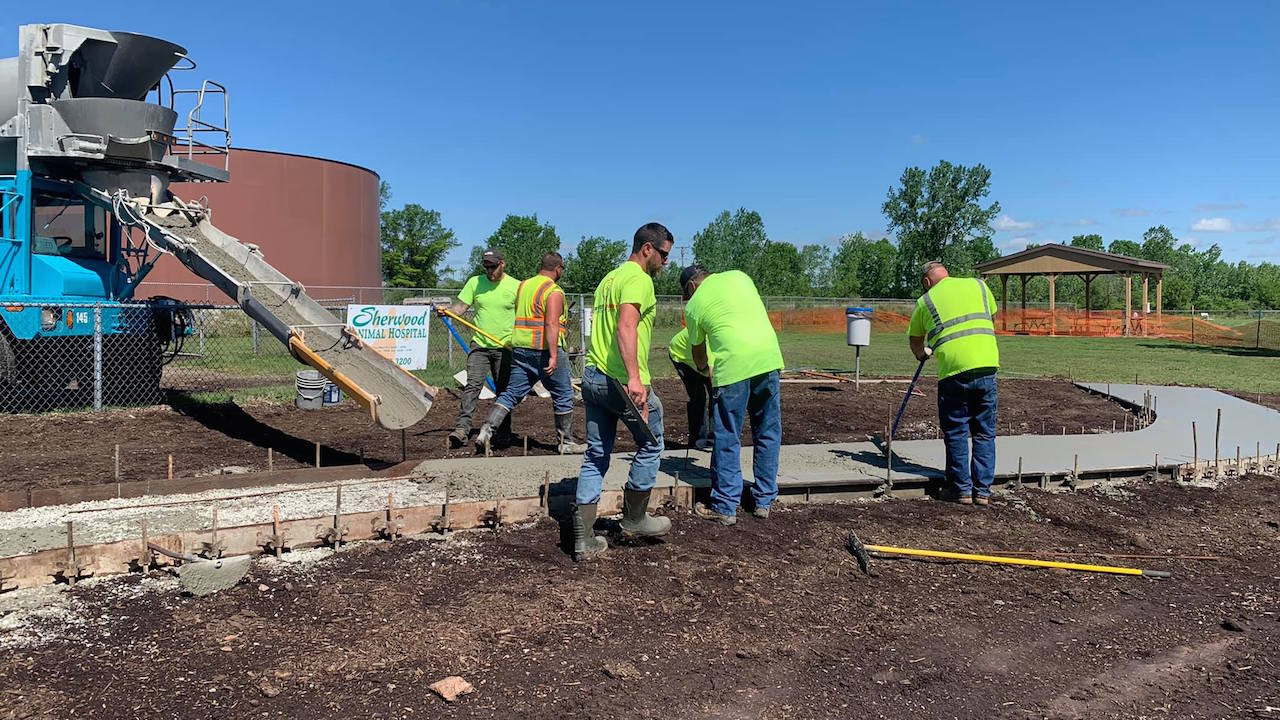 KAUKAUNA — A resident’s concern over limited accessibility for a man in a wheelchair has led the city to begin making improvements at the Kaukauna Dog Park.

In a post Wednesday in the Kaukauna Community Group Facebook group, Mayor Tony Penterman wrote that a couple weeks ago he received an email from a concerned resident about a man in a wheelchair who often visits the dog park.

She wondered if the city could add more sidewalk to make it easier for him to get around.

So, Penterman said, in an effort to make the dog park more handicap accessible, Department of Public Works employees poured concrete extending the sidewalk further into the park.

The 13-acre park is located at 366 Farmland Court on the city’s far north side.