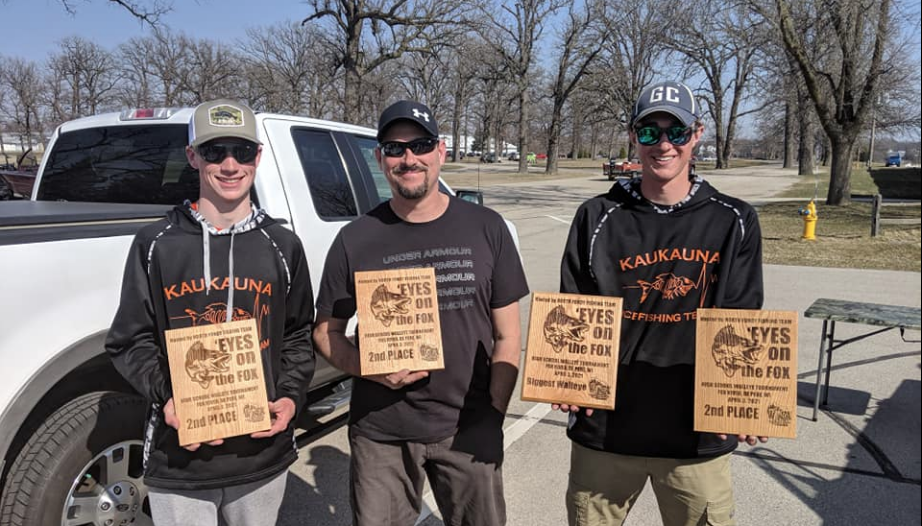 DE PERE — The Kaukauna High School fishing team made a run for the title Saturday and finished second in the Eyes on the Fox HS Walleye Tournament in De Pere.

Alhough total numbers were low, the tournament produced plenty of quality fish, with teams registering a total of 22 walleyes over 24 inches.

Eighteen high school teams participated in the event, and parents and adult boat captains volunteered their time, boats and equipment to get all the kids out on the water.