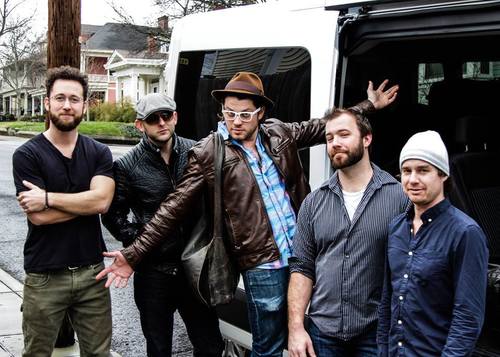 KAUKAUNA – The Live! from Hydro Park summer concert series kicks off the 2017 season Wednesday, June 7 2017 with a performance from fan favorite Kyle Megna and the Monsoons.

The shows take place from 5:30 p.m. to 8:30 p.m. Wednesday evenings in Hydro Park at the river downtown.

The series kicks off June 7, 2017 with a performance by Kyle Megna and the Monsoons. Megna, a Kaukauna native, plays music that is fused with a healthy dose of spontaneity and humor.

Opening each week will be special performances by students at the Appleton Rock School. (Schedule below)

June 14, 2017: Unity the Band: They treat fans to old roots Reggae faves, along with original music blending influences of roots, rock, blues, funk and reggae into their own unique sound.

June 21, 2017: Copper box: Roots/Americana quartet loaded with energy and a mountain of instruments, influenced by blues, jazz, rock and polka.

Special Monday, July 3, 2017 holiday show, 4 p.m. to 8 p.m., Road trip, a rock band based out of Oshkosh, they cover music including Janis Joplin, Tool, Finger 11, Kelly Clarkson and many more.

July 5, 2017: Bad Haji performs locally and will have a show June 11 at the Electic City Experience.

July 12, 2017: Boxkar: Based out of Appleton, the band has traveled around the country promoting their own brand of rock ‘n’ roll and their love of songwriting and performing.

Aug. 2, 2017: Consult the Briefcase: Pushing out rock and blues anthems, reincarnating the soulful wails and thunderous groove-soaked riffage of an era gone but not forgotten.