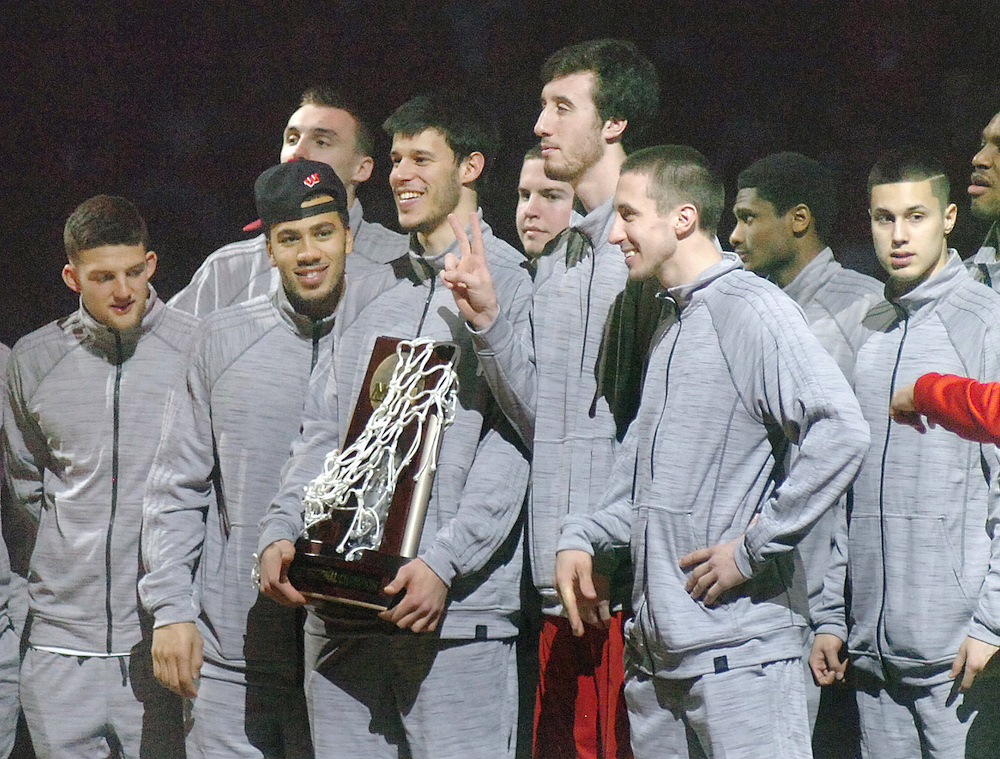 KAUKAUNA — Since 1969, top amateur basketball players from around the Midwest have made their way the Carl Giordana gym at Holy Cross for the annual open men’s basketball tournament that kicks off today.

This year, a handful or current and former Wisconsin Badgers are expected to be among the stars playing in the 2017 Holy Cross Men’s Open basketball tournament.

Among the names on team rosters are current Badger guard Zak Showalter, Ben Brust and Mike Wilkinson, according to the Post Crescent. The paper featured a story on the tournament HERE.

Showalter obviously won’t play in Friday’s first round of the tournament. He’s busy at Madison Square Garden in New York with the Badgers, who face Florida in a NCAA Division 1 tournament Sweet 16 game.

But if his team, BSN Sports, advances to the second weekend, the NCAA tournament will be over and Showalter would be available to play.

Showalter has a long history with the tournament. His father, Steve, who coached Zak at Germantown and is the current boys’ basketball coach at Menomonee Falls, played in the Holy Cross tournament for almost two decades and is a two-time tourney MVP who has scored more than 750 Holy Cross points, according to the Post-Crescent.

Zak Showalter had been coming to Holy Cross since he was a kid to see his father play.

Even as this year’s tournament get underway, plans already are in the works for next year’s 50th anniversary event, according to longtime tournament director Lee Vander Sanden.

“There are countless hours spent on every facet of this tournament, and as I have stated in the past – this is much, much more than just basketball,” Vander Sanden wrote on the tournament website. “After many years as your Tournament Director, I have had the pleasure of meeting and working alongside some of the finest people around. This is truly an awesome experience as each year has been and will continue to be unique in its own way.”

BSN Sports is the defending champion, but the will face tough competition from other teams loaded with talent.

Brust plays for the Milwaukee Swing, while Wilkinson leads Wingait Farms of Mazomanie. Wilkinson was on Coach Bo Ryan’s first Badger team, while Brust and Showalter were on the Badger’s final-four team of 2014-’14, according to the Post-Crescent