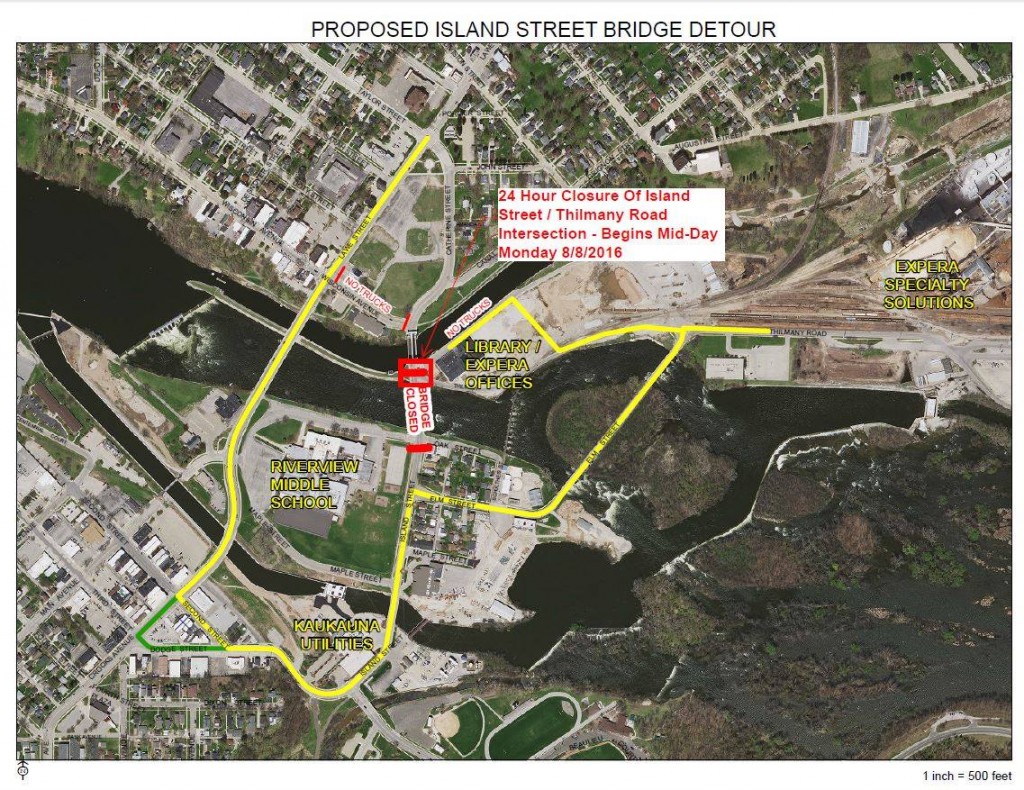 KAUKAUNA — Drivers who have plans to be on Island Street near the mill on Monday afternoon should find an alternate route.

The intersection of Thilmany Road, between the bridges, and Island Street, will be closed from noon Monday, Aug. 8, 2016 and will reopen about noon Tuesday, Aug. 9, according to the city of Kaukauna Engineering Department.

To get to the library, take Island Street from the south, turn right on Elm Street, and follow through the mill to Thilmany Road.

The closure is due to a weather-dependent bridge deck pour and is subject to time change. Any updates or changes will be posted on the city of Kaukauna Facebook page.

According to the news release:

The city has contracted with Lunda Construction to replace the entire Island Street Bridge deck and replace intersection pavement at Thilmany Road and at Oak Street.

The bridge deck will be poured starting around 3 a.m. Tuesday. In preparation for the Tuesday morning deck pour, additional equipment will be delivered and set-up on Monday afternoon and remain in place, occupying the intersection, until the pour is completed.

All vehicles must follow the signed detour route using Wisconsin Highway 55 to Dodge Street to Island Street to Elm Street in order to access the island.