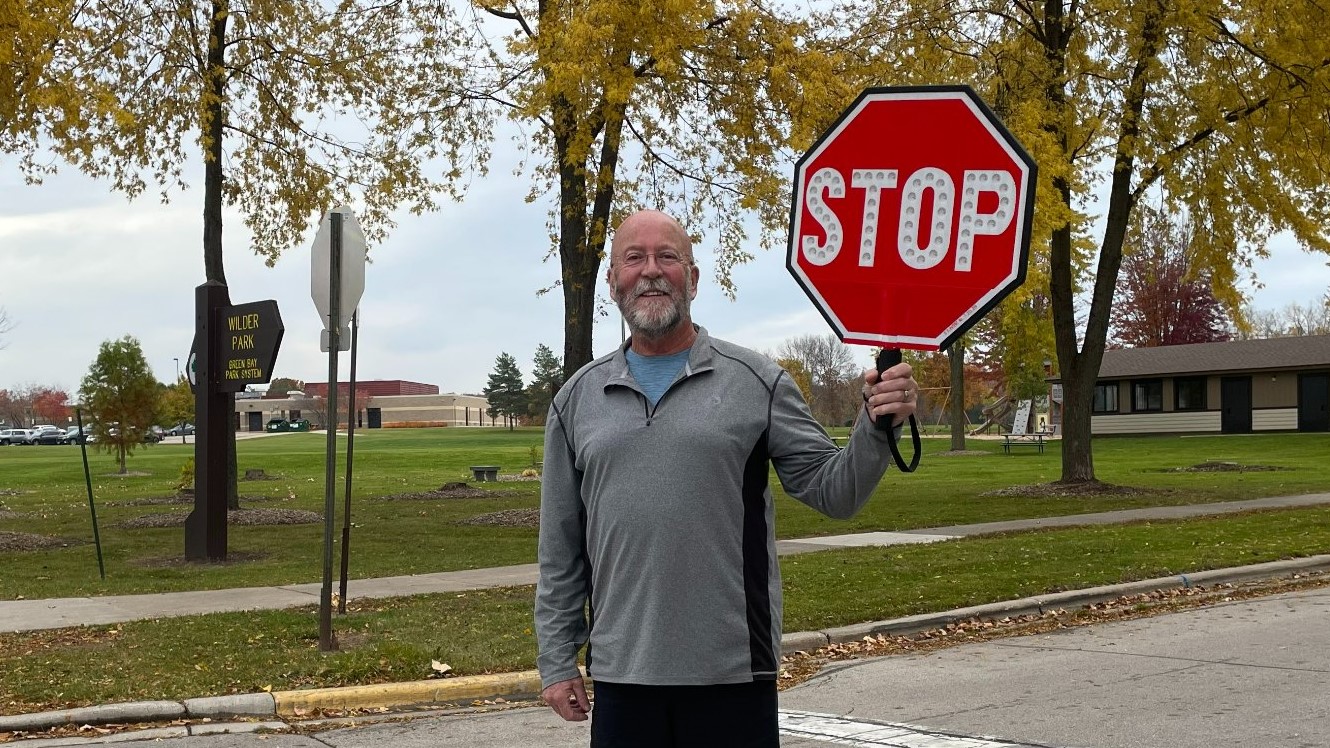 After school let out, Helminger was approached by three students, two boys and a girl, who couldn’t remember how to get to the new home they had just moved to in the city, according to a news release from the police department.

“Their mom had dropped them off in the morning and felt comfortable to let them to walk home once school was out, since she had talked to them about it on numerous occasions. Then, when it came time to do so, the kids couldn’t remember their address or which direction to go. So, I had called law enforcement for help, and it was important to me to keep them occupied while we waited for an officer, as I could sense that they were a bit scared,” Helminger said.

“I want to personally thank Mr. Helminger for contacting us. With his help, we were able to get these children back to mom rather quickly,” said Officer Courtney Ainsworth, Green Bay Police Department.

“Crossing guards have a positive impact on kids daily. This is just one example of how meaningful that they are to this community. We appreciate the dedication and trust of our crossing guards, to go above and beyond daily for all students,” said Commander Kevin Warych, Green Bay Police Department. “Please be sure to show signs of appreciation when you see a crossing guard.”