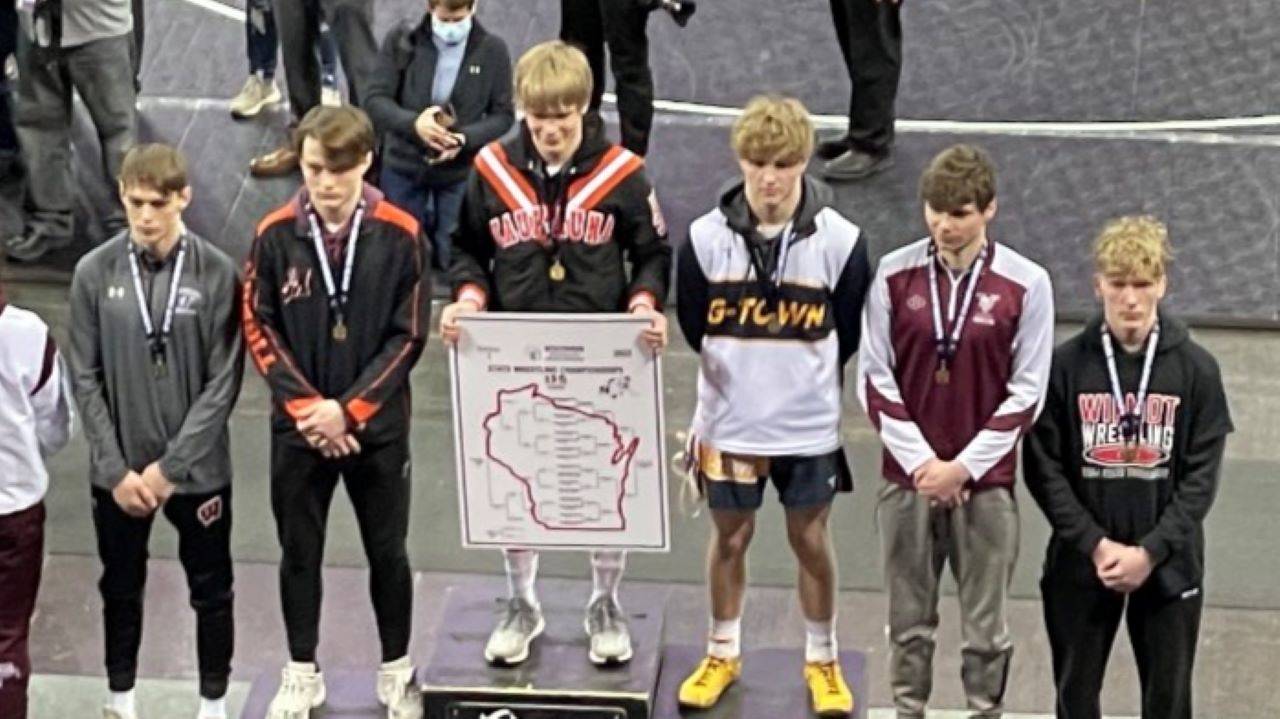 UPDATE: Kaukauna High School senior wrestler Greyson Clark announced today on the WIWrestling podcast that he has committed to Purdue University to continue his education and wrestling career after high school.

Clark, heading into his senior season as a Ghost, made the announcement Thursday on Twitter.

“After further thought and discussion with my peers, I have decided to open up the recruiting process,” Clark wrote. “Thank you to everyone who has helped and supported me along the way.”

He tagged his post, “Excited for what the future holds.”

Clark gave not other clues in the post behind his decision to continue looking for a place to land after high school.

He has won a state championship every year he has been in high school, with his most recent title coming in February, 2022.

Clark won the championship at 126 as a sophomore after capturing the 106 title as a freshman in 2020. He moved up a pair of weights this past season to 138 sporting a 43-1 record heading into the tournament, which gives him a 111-7 career mark heading into his senior year.