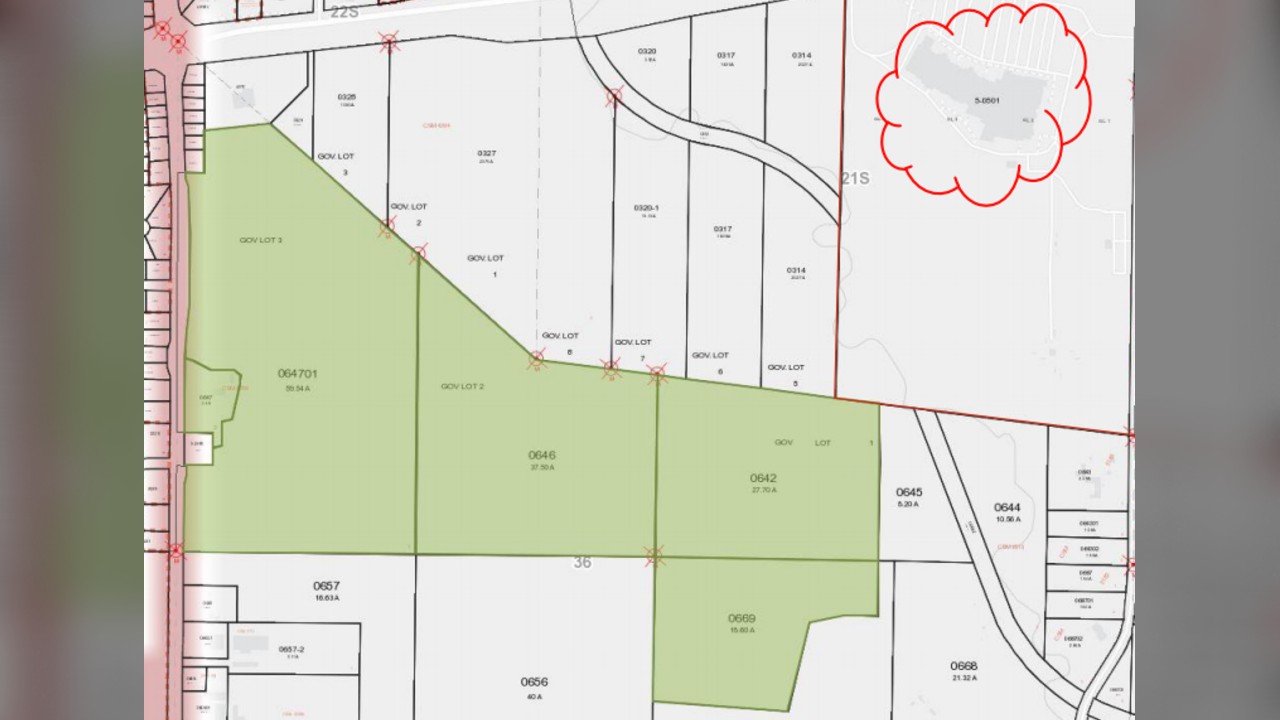 The KASD has agreed to purchase the area in green. The current high school is at the upper right.

KAUKAUNA — The Kaukauna Area School District has moved forward with a major land purchase that likely will lead to a multi-million dollar referendum.

The board at its July 25 meeting voted 6-0 to authorize the administration to use up to $3.5 million of its reserve funds to purchase about 140 acres of the Welhouse property near the current high school for $3.5 million dollars.

The purchase sets in motion the possibility of a significant referendum in the future.

According to a presentation at a planning retreat for board members (page 19), the land, wedged in the area near highways 55 and CE, could be used for a new middle school, high school or both.

Expansion plans for the district have been discussed by the board for quite some time, according to the presentation.

For example, a site on CE adjacent to the new Kwik Trip was under consideration but the property was sold before any action was taken.

Various properties to the west of Highway 55 heading south out of Kaukauna were reviewed as well. No action was taken on these either.

Plans took a turn, however, when KASD received an unsolicited phone call from the Welhouse family regarding property that is likely to be put up for sale directly southeast of Kaukauna High School.

Discussion between District Administration and the Welhouse family has taken place over the past couple months.

Plans for the project are HERE.

The board is considering a couple of options for the land, both of which would eventually need to go to referendum.

One plan calls for a new middle school and remodeling the current River View Middle School for adminstration at a cost of about $100 million.

Another plan calls for building a new high school, and converting the current high school into a new middle school for a cost of about $170 million.

The forecasted tax levy implications on a $100 million approved referendum to build a new middle school on the Welhouse property and remodel River View Middle School would be about $1.39 per $1,000 of property, meaning a $200,000 home would pay an additional $278 per year.

The forecasted tax levy implications on a $170 million approved referendum to build a new high school on the Welhouse property and remodel KHS & River View Middle School would be about $2.33 per $1,000 of property, or about $466 for a $200,000 home.

On area of concern that will need to be addressed is that the property is in the town of Buchanan, so fire and police protection would need to come from the town, unless the land is annexed into the city of Kaukauna.