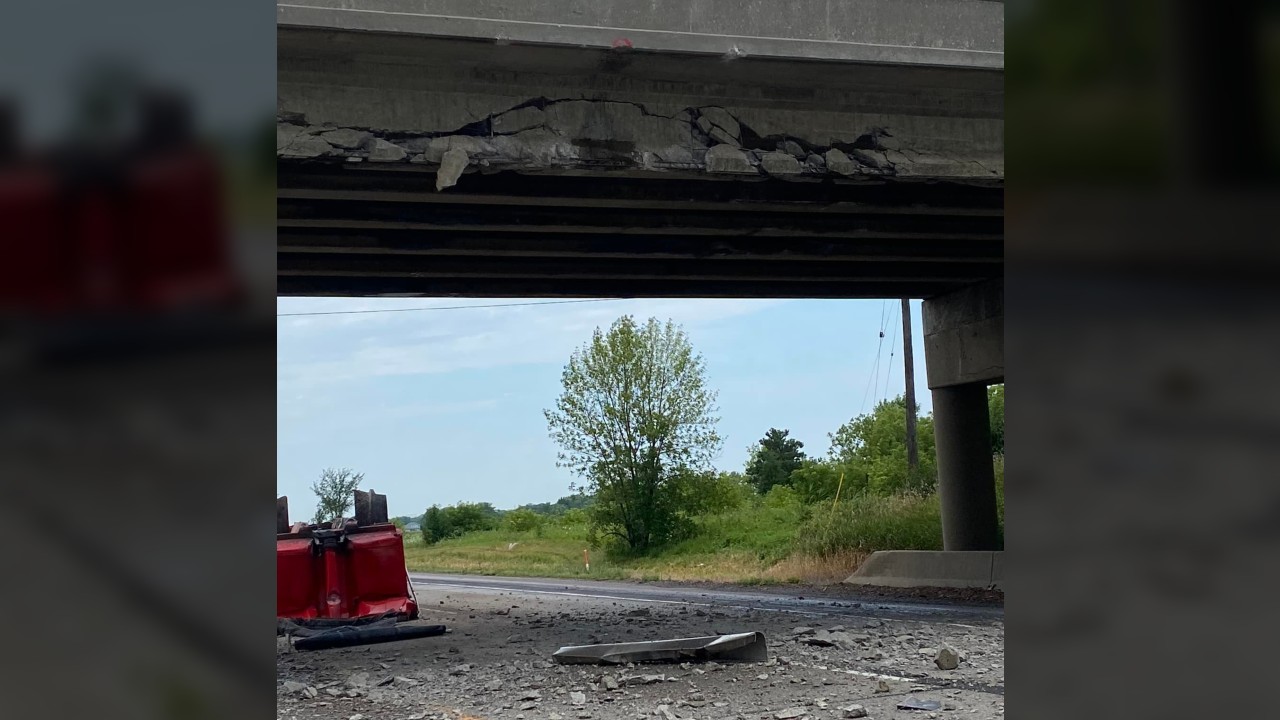 TOWN OF VANDENBROEK — The Rose Hill Road overpass over I-41 will remain closed until at least Monday after a crash damaged the bridge.

A dump truck with its bed raised crashed into the overpass Wednesday morning, according to the Vandenbroek Kaukauna Fire Department.

Witnesses on social media say they saw the truck traveling down the Interstate shortly before the crash.

Photos from the scene significant damage to the bridge.

I-41 in both directions was closed for more than an hour, before the northbound lanes reopened about noon.

Cleanup on the southbound lanes continued past 4:15 p.m.

Engineers will likely have to assess the structural integrity of the overpass before it can safely reopen.