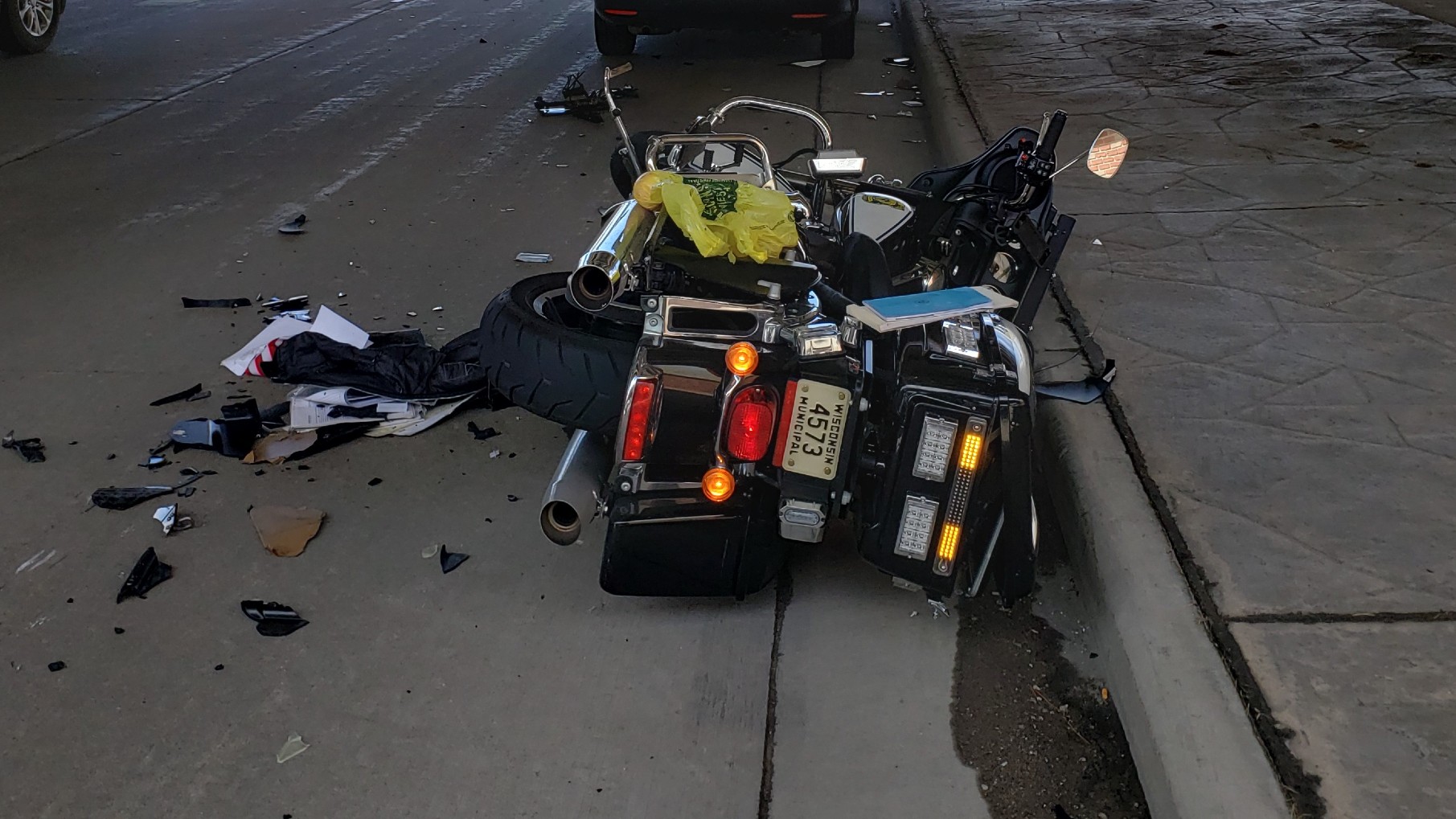 GREEN BAY — A Green Bay police officer escaped major injury last week when the motorcycle he was standing next to during a traffic stop was rear-ended by a hit-and-run driver.

The incident happened April 19, 2022, and police released video of the incident today.

The officer was conducting a traffic stop and was entering data on the mobile data terminal attached to the motorcycle when the motorcycle was rear-ended by another motorist, according to a news release.

The officer was standing next to the motorcycle when the crash occurred, sustaining minor injuries.

The vehicle had fled the scene after the crash and was located a short time later.

The driver of the vehicle was charged with hit and run, inattentive driving and operating without a valid license.

“We are thankful that the officer standing next to the motorcycle was able to walk away from this accident, please pay attention while driving so you can arrive at your destination safely,” read the news release.

This link is body camera footage from the officer at the time of the accident: https://youtu.be/bFcQEiSchGY