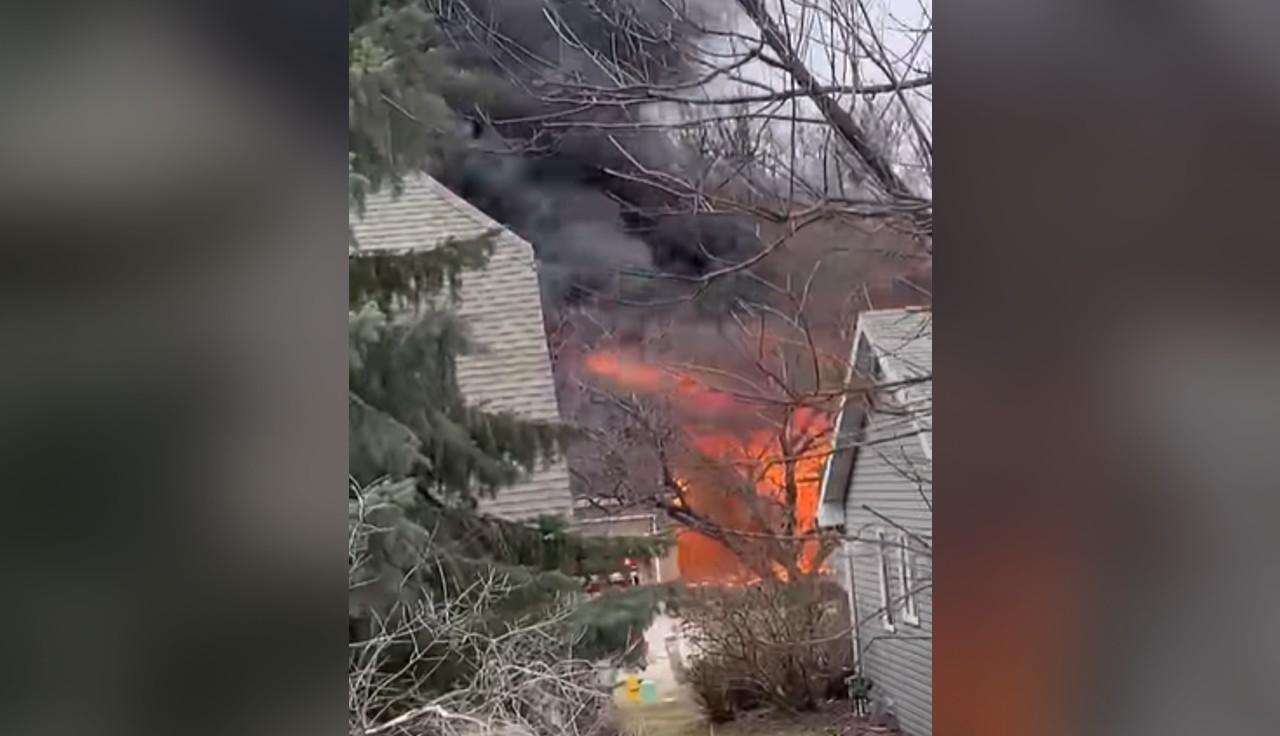 GRAND CHUTE – Seven people where displaced Sunday after a fire fueled by high winds jumped from a burning garage to a duplex.

When crews arrived they found the duplex’s attached garage was fully on fire, spreading from the garage into the attic, according to a news release from the Grand Chute Fire Department.

High winds at the time of the fire also caused the fire to spread to the garage and attic home next door to the initial duplex on fire.

These winds made containing the spread and extinguishing the fire difficult, according to the news release.

The second half of the duplex sustained moderate smoke damage and exterior siding damage.

Occupants of the homes behind the duplex left their homes on their own temporarily due to the smoke being blown by the high winds.

The fire department remained on scene for several hours extinguishing hot spots and salvaging belongings from the home.

One occupant at the duplex with the initial fire was home at the time, discovered the fire and called 911.

One person was inside the exposed home to the west and was evacuated by the fire department.

No occupants or firefighters were injured.

The cause of the fire is under investigation by the Grand Chute Fire Department but is not considered to be suspicious.

Damage estimates are preliminary, but are likely near $200,000.

Two families from the initial duplex involved – seven people, including 3 children, and one pet – are displaced.

The occupants of the second involved home next door are staying in the unaffected portion of the duplex with family.