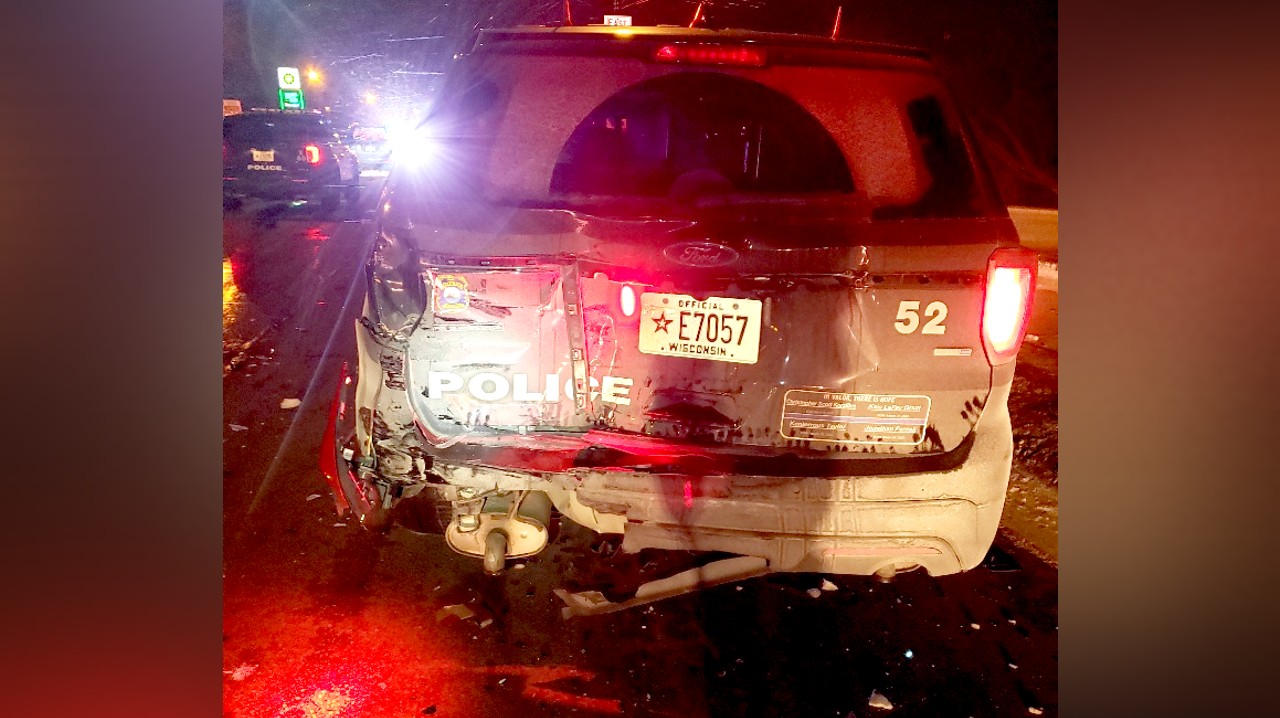 GREEN BAY — No one was injured early Saturday when police say a suspected drunken driver slammed into the back of an unoccupied squad car.

Police released a photo Tuesday of the damage.

Green Bay police say they were on the scene of an accident about 2:30 a.m. Saturday in the 1300 block of Main St. in Green Bay.

An officer had parked a marked squad car with the emergency lights flashing a short distance behind the accident to protect the accident scene, and the people involved with the accident.

The squad car was unoccupied, and no one was injured, according to a Green Bay Police Department news release.

In their news release, police reminded drivers of the legal ramification of drinking & driving:

Green Bay Police are urging citizens to utilize the Safe Ride Program or a designated driver if they or their friends/family have been drinking.