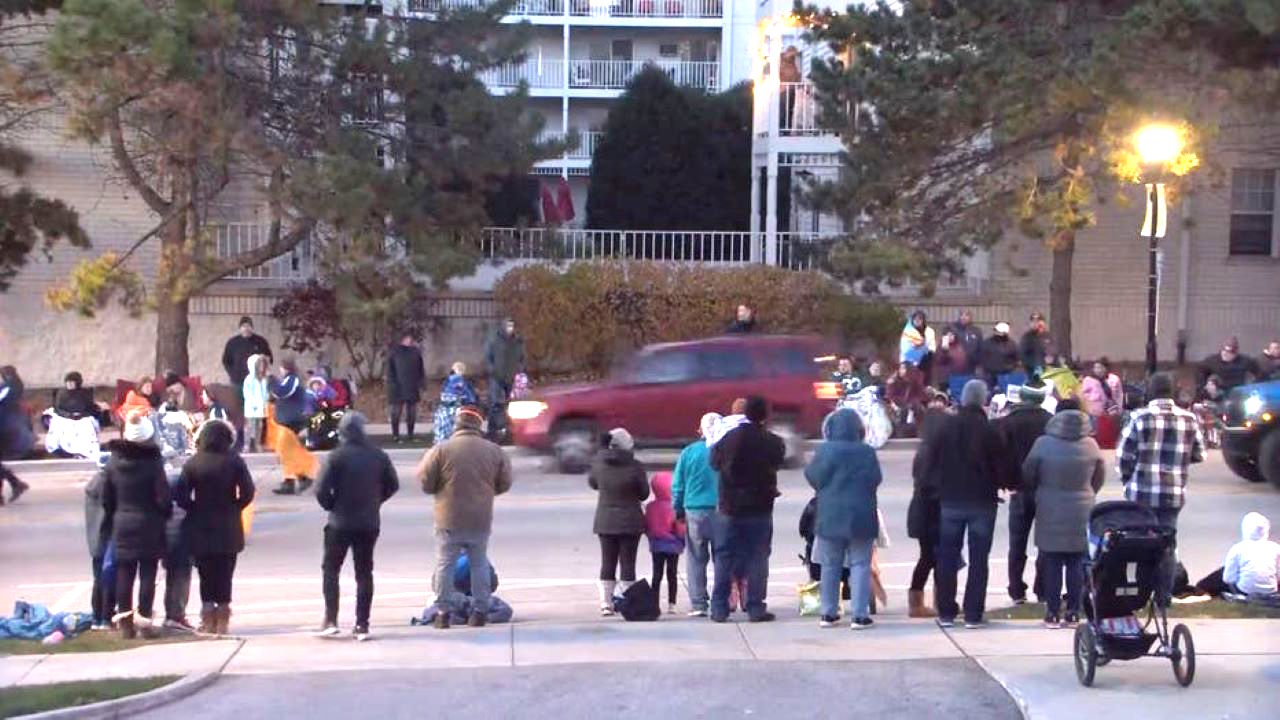 Video from the city of Waukesha shows this vehicle speeding along the parade route.

WAUKESHA — Five people were killed and more than 48 others injured Sunday when an SUV plowed into a crowded Christmas parade in Waukesha.

The injured included at least a dozen children, many of whom currently are being treated at Children’s Wisconsin hospital.

Thompson identified the suspect as Darrell E. Brooks of Milwaukee.

Brooks, 39, was involved in a domestic disturbance, then sped away in the red SUV before police arrived at that scene.

His escape took him directly onto the parade route, where officers shot at the vehicle in a failed attempt to stop Brooks.

Brooks currently was out on a $1,000 bond related to an earlier case.

No pursuit led to the incident, Thompson said.

Carroll University and all Waukesha schools also are closed.

Businesses in this area were asked to remain closed Monday morning as entry and exit from Main Street will not be allowed. When the area is open, the City is requesting that any items for a temporary memorial be placed at Veterans Park.

Waukesha Police Chief Dan Thompson in a Sunday evening news conference said that the red SUV drove through parade barricades shortly after 4:30 p.m., striking multiple participants in the parade as well as spectators.

Waukesha Fire Chief Dean Lemke said the department was at the parade and inititated a mass casulty protocol when the calls started to come in.

In a livestream of the parade from the city of Waukesha shows a red SUV driving quickly through the scene shortly before the incident.

Gov. Tony Evers tweeted that he is in contact with local officials.

Kathy and I are praying for Waukesha tonight and all the kids, families, and community members affected by this senseless act. I’m grateful for the first responders and folks who acted quickly to help, and we are in contact with local partners as we await more information.

Children’s Hospital of Wisconsin in Milwaukee issued a statement saying they immediately prepared for a surge of patients after receiving notification from law enforcement of the incident at the parade.

As of 8 p.m., Children’s Wisconsin received 15 patients from the incident. None of the reported fatalities were at Children’s Hospital at that time.